Have you ever wondered what makes a note on the trombone sound different than a pitch on the saxophone, electric guitar, or saxophone? It’s all because of timbre!
Musicians, whether they play an instrument or sing, must understand timbre. So, Fidlar will teach you what is timbre in music exactly, timbre examples, what factors affect it, and ways to describe timbre. 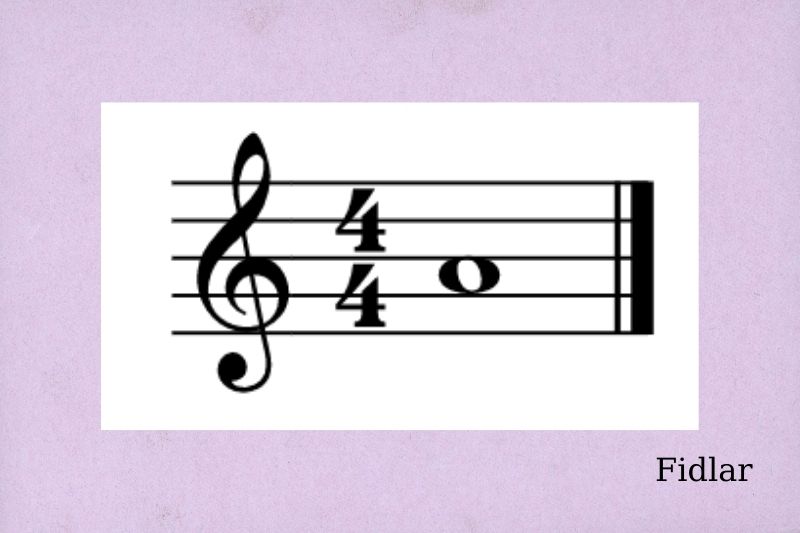 In music theory, timbre (pronounced tam-ber) refers to the sound quality or tone quality of a note on a musical instrument. Two musical instruments can play the same pitch at different volumes but still produce distinctive musical sounds or timbres.

Different instruments can have different tone timbres, even within the same family. Both the clarinet and the oboe are wind instruments, but their tone colors differ.

You can describe different timbres using brassy, bright, round, full, and breathy words. To create the right sound for your music, you can use different vocal timbres.

Overtones, Frequency, And Timbre In Music

Instruments can produce a different sound from one note to another due to the overtones and basic pitches.

Music’s timbre is heavily dependent on its waveform. This waveform varies depending on the number of harmonics (AKA overtones), frequencies, and relative intensities.

Frequency spectrum refers to the distribution of the amplitudes in the sound waves. This indicates how loud or quiet the music is.

What Factors Affect The Music’s Timbre?

Different timbres can be created by musicians based on the frequency of their instruments.

What factors influence the timbre of music? Many factors affect timbre, depending on what instrument you use.

One example is how someone pushes air through an Oboe. This will influence the sound frequencies that are emitted as well as the way it’s heard, giving it a distinctive timbre.

7 Ways To Describe The Music’s Timbre

It can be difficult to describe the sound’s timbre using only words. There are some words that can be used to describe audio characteristics.

A sound wave is created when a note is played or sung.

Due to the harmonics associated with each wave, the frequency spectrum is what makes each one different. 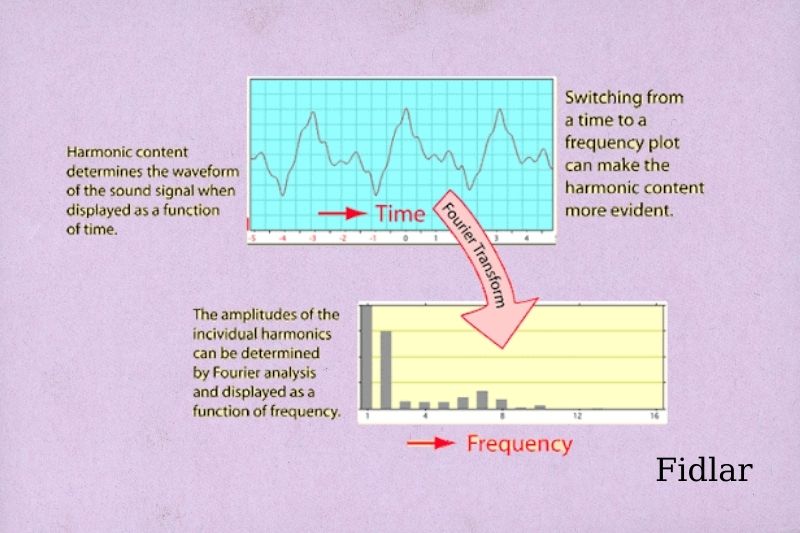 Each sound wave made by an instrument has a fundamental frequency. This is the note you are playing.

The fundamental frequency of the A4 example is 440 Hertz (Hz).

There are also harmonics, which can be heard faintly in addition to the fundamental frequency.

These frequencies are higher in pitch than the fundamental and multiples of it.

The frequency spectrum of a particular note shows how loud or weak the harmonics are.

Notes with many harmonics above them (easily noticed ones) have a brighter quality, which produces a louder note. A note without harmonics is subdued and darker.

You can see how the video plays a low note A from various instruments. Also, notice how different lines appear on the right side.

These are the harmonics. Try to hear a note sound with more or fewer harmonics.

The envelope of a note describes the loudness or amplitude of the note over time.

The attack of a note refers to how fast a note peaks in volume, and it starts with the instrument’s first play.

There is then a decay between the initial attack and the main loudness, where the note can sustain itself until the instrument stops playing.

The release refers to how long the note ringes out after the instrument has stopped playing.

Because each instrument has its envelope, the ADSR envelope can affect the timbre and timbre of a note.

A piano note can be played by hitting a string with a hammer, but a stringed instrument will have a much longer attack.

It would be difficult to identify which instrument played the note if we changed one aspect of the envelope. The timbre of an instrument can also be challenging to discern.

This video explains more about the ADSR envelope.

How Do Overtones Affect The Timbre Of An Instrument?

Instruments have different timbral characteristics because of the relationships between their fundamental pitches and the overtones that they produce.

In addition to the fundamental frequency, any note you play also produces overtones-additional frequencies in the harmonic series, in this case, F4, C5, F5, A5, and so forth.

The high-pitched piccolo produces less audible harmonics than the low-pitched flute. These differences affect the timbre of each instrument.

Different instruments have different overtones, which can lead to different musical timbres. Some woodwind instruments like the clarinet amplify the sound of harmonics, while others like the oboe project the fundamental louder.

Some instruments like crash cymbals produce overtones so loud that it is nearly impossible to discern a specific pitch. This gives them a distinct timbre.

How The Sonic Envelope Affects The Instrument’s Timbre 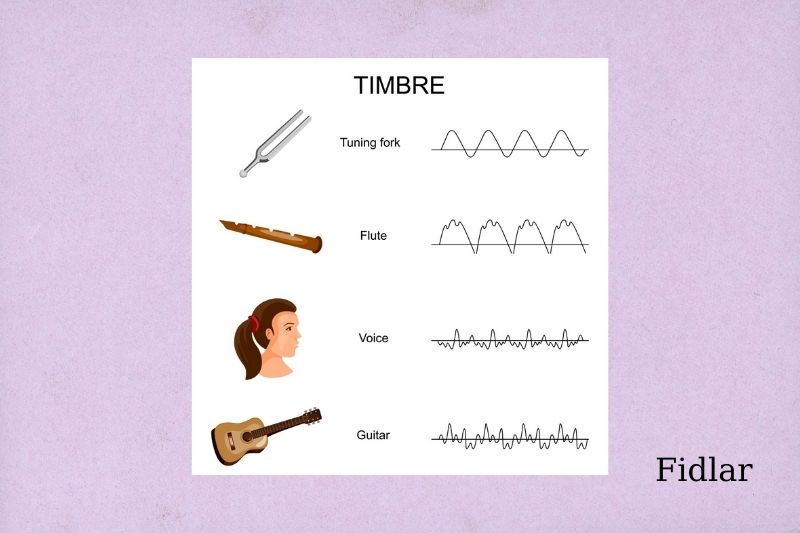 The timbre of the sound produced by different instruments, synthesizers, patches, and vocalists can be affected by how they use different sonic envelopes. This could explain the differences between singers singing the same cantata.

Different brands of instruments can produce different timbres due to their ADSR envelopes. The same instrument can make multiple sonic envelopes.

A violin played pizzicato (plucked) has a faster decay and attack than a violin with an arco bow. Variations in playing style can affect the physical characteristics and sounds made by the violin.

We hope you found this article helpful in learning about timbre music. Because it is more difficult to understand than pitch or rhythm, it is difficult to grasp. If you want to learn about other musical elements, check out our website: https://fidlarmusic.com/