Skip to content
fidlarmusic.com and its partners may earn a commission if you purchase a product through one of our links.
No matter what instrument you play, you should know a bit about beat and melody or even harmony. While many are familiar with these terms, not everyone can understand the differences between the most basic musical elements, tempo, and rhythm. In this post we’ll learn all about what is tempo in music theory, tempo marking as well as temple changing.

What is Tempo in music?

A key element in a musical performance is the tempo. It can be as important as melody, harmony, rhythm lyrics, and dynamics in a piece of music. Classical conductors will use different tempos to distinguish their orchestra’s performance from other ensembles.

Most composers, from Mozart to Pierre Boulez provide plenty of tempo guidance in their musical scores. Certain tempos are important when creating certain moods in film underscore.

The “heart rate rhythm tempo” is one of the most notable tempos. This is a musical pace that approximates the beat of the human heart.

Although heart rates can vary between people, the majority of them fall within 120 to 130 beats per minute. Analyses have shown that this range has been the source of a large number of hit singles.

It describes the speed at which music is played. Beats per minute (BPM), Italian terminology, and modern language are the main ways that players can be told tempo.

This music genre refers to how fast or slow beats are. It is measured in Beats per Minute (or BPM) for short. A song that has a BPM of 100 is a song that contains 100 beats per minute.

This means the song can be played in one minute using a stopwatch. A metronome is a device that clicks at different intervals in order to determine the BPM of a piece of music.

A faster piece, such as Vivaldi’s “Summer”, will have a higher BPM. This means it can fit more beats into its music in a single minute than a slower one.

You can indicate the BPM in a piece of music by writing it as a note, like a whole and a half note. Then follow with a number such as shown below.

This equation tells us to play 70 quarter note per minute, but you can have any note or any number.

Italian has been the language used to create music for centuries. Instructions in Italian are used to guide musicians on a musical score, especially in classical music. Certain Italian words refer to the tempo. They convey the change in the music’s speed through specific language.

Specific tempos in Italy are more popular than others, such as largo, andante and allegro and presto. However, classical musicians are usually familiar with at least 12 tempo indications for Italian music. (Note: Tempo instructions in Latin may be included in ancient liturgical texts and musical scores.

Tempo can be used as a musical term in place of a beats per minute mark.

As we have already covered, performance directions that indicate tempo can be found in many languages, but the most common music theory is likely to be Italian. So we’ll start with them.

Below is a list of the most common terms used in Italy for tempo. It also includes their English meaning and approximate beats per minute. 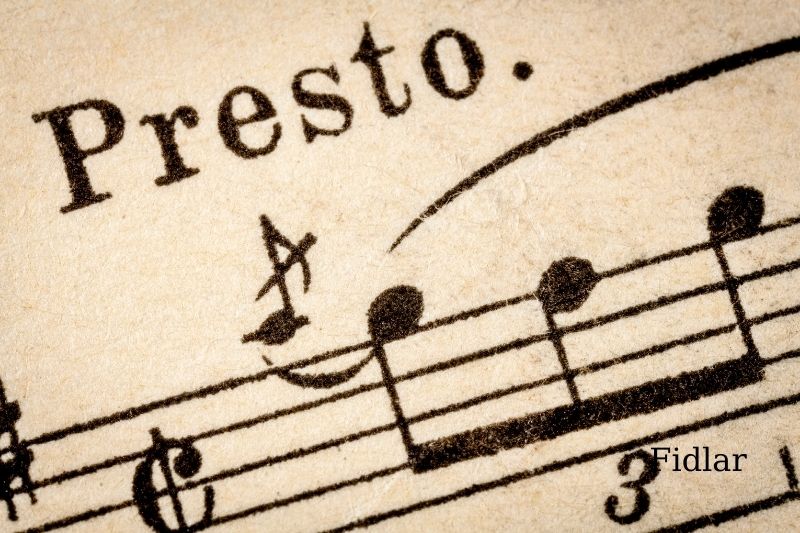 It is also possible to see words in French or German.

Although they may use other words, their translations might differ slightly; they all signify the same Italian word.

You will need to know the following terms if you are going to take a music theory exam.

Pop and jazz use more modern terms. These are mostly in English.

The primary English tempo markings you may come across in English are:

Some words can be added to the regular tempo markings in French, German, and Italian. We could, for example, use the English word fast instead of using it to describe fast tempos.

Italian suffixes include ‘-etto, which means less, and the suffix ‘issimo, which can mean more or less.

Side note: This is the same “-issimo” we use in dynamics to give us pianissimo and fortissimo.

Larghetto, for example, means “somewhat broad (60-66 BPM),” and Prestissimo, “even faster than presto (220 Beat per minute and more)”.

These terms can be translated to German as Etwas (somewhat, or a little) and Sehr (very). Etwas Schnell, for example, means “somewhat fast,” and Sehr Langsam, “very slowly.”

Below are some additional tempo markings that you may see.

What are the basic tempo markings? 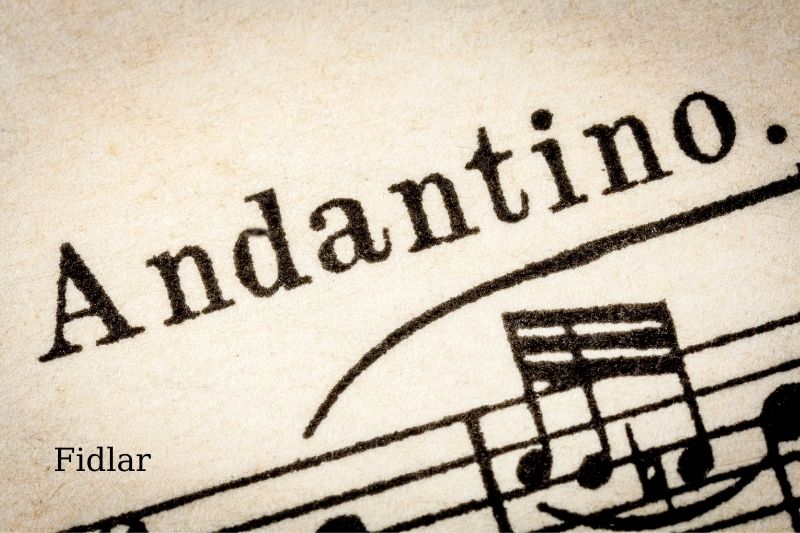 Tempo marking is used to describe tempo of a piece, not a precise bpm. Actual speed interpretation of each tempo mark is possible. Italian music terminology uses the following markings regularly: 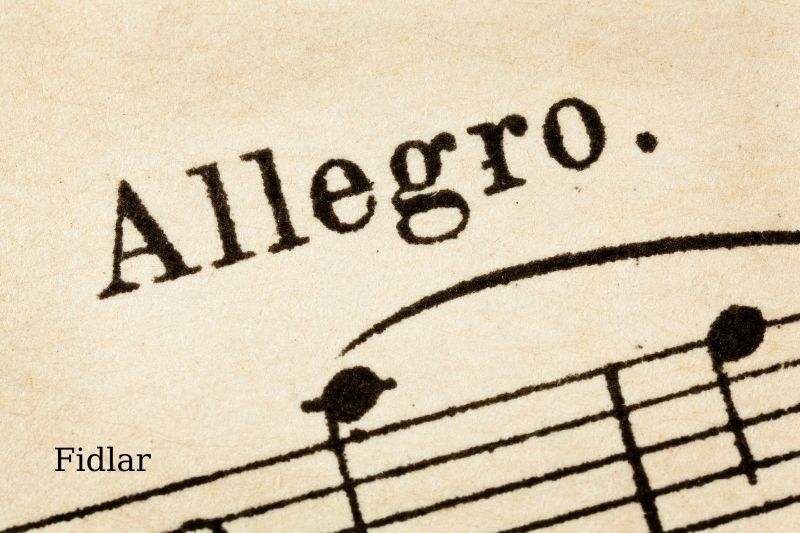 The last thing you need to know about the tempo of a piece of music is that it isn’t a fixed thing. It can change.

Tempos can change and a new tempo is created above the measure.

Pop music is often at a fixed pace. This means that the song starts and ends at the same time, which is consistent throughout. However, in many other music genres, it can change throughout the piece of music.

Many classical music symphonies are composed of multiple movements. Each movement begins with a different tempo.

Beethoven’s Symphony No. 9 in D minor has four movements, each with a different tempo.

It can also change in the music, without it stopping or starting.

It can accelerate (accelerate) or slow down (decelerate).

The composer may indicate these tempo changes, but the performer can create their interpretation and impression of the piece.

What is Tempo important?

Music’s most fundamental characteristic is its tempo. Music that is tempo-controlled can be dance music, while slower music will have a more emotional response. You can see the impact tempo has on your music by listening to a slower or faster version of it (it’s all available on YouTube). 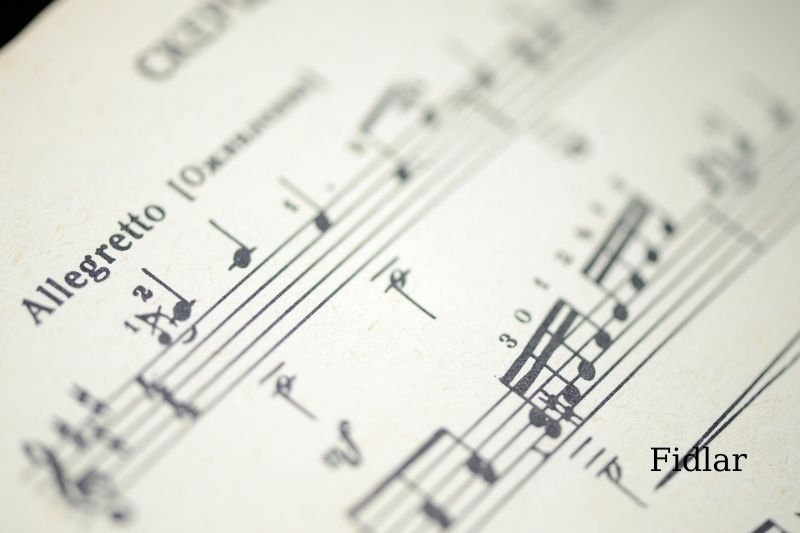 How to identify Tempo

The tempo of sheet music is usually located at the top right-hand corner of the page, just below the title. Although it is almost always written in Italian, the metronomes usually have a setting for translation. Some people actually use the term “Metronome marking” to describe bpm.

It is very simple to determine the song’s tempo by tapping your feet or clapping. You can find metronome apps and websites that have a tap feature. This will give you a button to tap the music in time, and the computer will convert it into a Beats per minute (bpm) number. 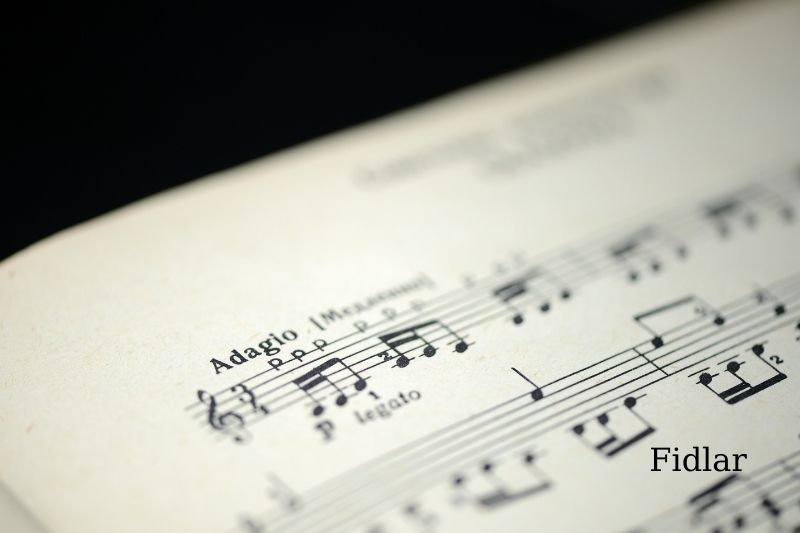 It’s all about tempo in music! Fidlar hopes you found this article useful. We’ve certainly had a great time putting it together. Let us know if you have any questions about what you’ve read here or for more info on our musical services.