Skip to content
fidlarmusic.com and its partners may earn a commission if you purchase a product through one of our links.
Understanding musical form is the main of this topic. Both music and language have multiple forms. Each form also has its format and guidelines.

In this article, Fidlar will teach you what is form in music exactly, look at all of the different types of musical form, deep dive into each one and how they function.

What Is Form In Music Theory? 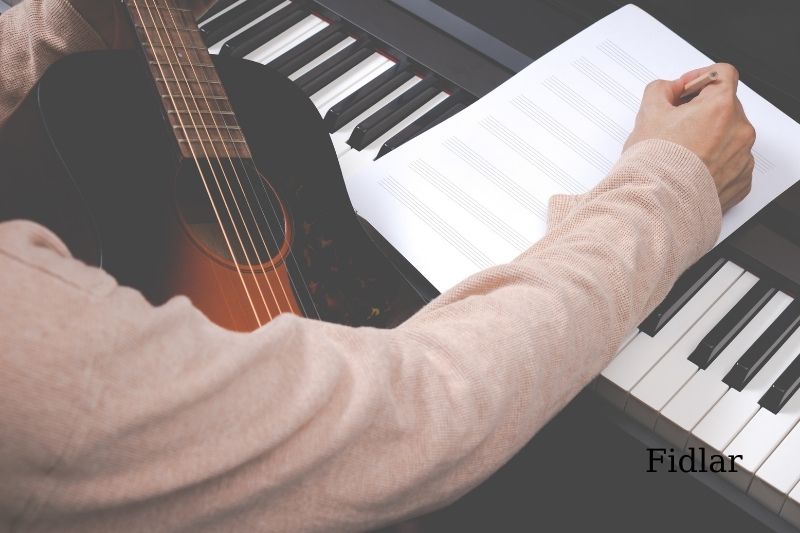 Musical form refers to the design of a musical piece. It is the architect plan of the composer. These are the blueprints. The musical form or structure is crucial to its continuity, whether it’s a simple pop song or a major symphony.

Music is often listened to blindly by many people who don’t know how it was made. Songwriters and self-described composers work without any structure or plan. Music that doesn’t understand form is bound to be disjointed or confusing.

If a piece of music had only a single musical idea that was repeated several times then it would be simply A. If there was a variation of the A, then A1, A2, A3, and so on

How Musical Form Is Analysed

Most people think of musical form in terms of the organization levels above.

The units of analysis can be either minor (bars or phrases) or large (movements or whole pieces), depending on the form.

These units usually have letters assigned to the – A, B, C, D, etc.

One example is that a verse of a pop song might be given the letter A. The chorus would then be called B because it is different from A.

The song will be labeled ABAB if the song’s structure is verse-chorus-verse-chorus.

Different Types Of Forms In Music

Sectional forms are used to describe almost all types of musical forms, including all the ones listed here.

A sectional form refers to music broken down into segments and then labeled with the letters A, B, or C. Below is a list of the primary sectional forms. We will link to posts that detail each one.

One of the most popular musical forms is the strophic form. It is also known as song form, verse repeating form, and so on. This means that a song repeats the same melody repeatedly. Because of its repetitive nature, it is the most basic form of all. An AAA structure usually characterizes it.

The most common strophic music form is folk music, popular music, and verse-based music. Because the material is so often repeated, this is why it is so common. Each A represents a brief verse, usually 8-16 measures in length.

It is also common to hear the strophic form in blues music, chants, or Classical music.

The Wheel On The Bus is a good example of strophic lyrics in folk songs. A hymn-like “Amazing Grace” in a church or a simple nursery song like “Mary Had A Little Lamb”.

While strophic forms are  AAA, it is possible to apply themes and variations. A piece of music, for example, can be written in the AA’A” format. This means that the A material is essentially the same for most of the time, with minor augmentations.

For example, a slight change in the rhythm or tempo and a different cadential material would be an example.

Binary Form is a piece that has two sections including Simple binary form and Rounded binary form, each roughly equal in size and importance.

They are often similar in length, but they will also be harmonic. It can be written as A B or A A A B B.

Recognizing music in binary form requires that you identify the contrasting material. You should look out for changes in rhythm, key signatures, and cadences as well as other harmonic adjustments.

The folk song Greensleeves is an excellent example of a piece that uses Binary Form. 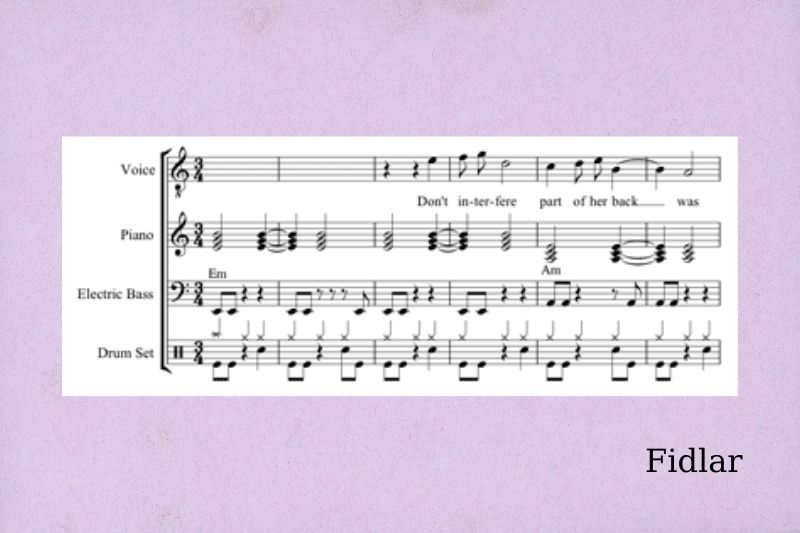 An entirely continuous musical composition is called through-composed. Each section of large-scale thematic material does not sound identical and is unique. ABCDE is an example.

It’s not sectional in a sense, and everything works independently from one another. This is very different from strophic music, as nothing is repeated. Through-composed music is a song form that gives each verse its melody.

This is done to give the piece more continuity, so it doesn’t seem random to the audience.

What Is Ternary Form In Music?

The ternary form structure is an ABA structure. This means that the piece begins with the central theme and ends with a contrasting material.

The ternary form looks like rounded binary forms, but the main difference is that each section functions independently from the B section. The last section recapitulates the central theme and does not contain any A material. The recapitulation may be modified by changing the tempo or rhythm.

The three sections of the ternary sound almost like complete compositions. Each section ends with a perfect authentic cadence which gives the most closure.

The most important characteristic of the ternary form is its mood. While the first section may be lively and fast, the B section can be calmer and focused. Many composers use this form. They put great effort into making sure that the B section has a distinct character. 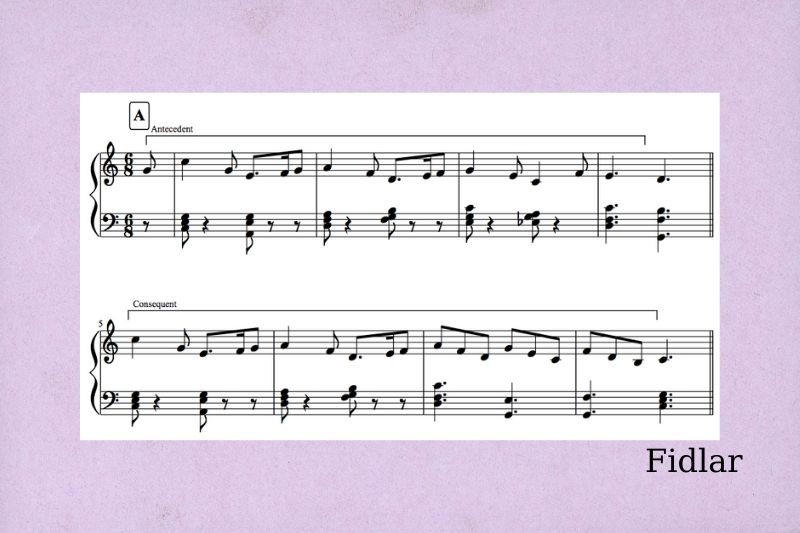 It allows each section to sound just like its own composition. When it comes to the key, the sections function in a similar way to rounded binary. The B section will usually operate in the dominant key if the A section begins in a major or minor key.

If the A section starts in a minor key, the B will work in the relative major. The compound ternary form is a more extensive version of the ternary format.

Each large section of compound ternary forms has a standard form. The ABA structure is found in the first A section. The B section would contain new material. This would be CDC. The final section of A will repeat the previous one with ABA. For example, think of a Minuet and a trio or Scherzo and Trio.

Other forms of ternary exist, such as closed or sectional ternary. This form will have both A sections ending on the tonic key. The dominant key in continuous ternary is cadence.

This type of music has been used since the Medieval period in Western Classical Music, and possibly even further back in musical history.

What Is Rondo Form In Music?

Rondo Form is another type that follows Binary and Ternary forms by adding additional sections.

It begins with a principal phrase or passage repeated between contrasting sections called “episodes.”

You could also continue adding episodes that would be written.

The most common forms are the 5-part and 7-part Rondo.

Here are some examples of pieces that use the rondo form:

ABCBA is the arch form. This name is given because the music’s structure moves in an arch shape. Each section contains new material. The music moves in reverse order once it reaches section C. It continues through the B material, concluding with its main theme.

These sections can be played back in reverse order, but they can also be changed. You can change the style and rhythm of the sections, provided that the thematic material remains the same.

This musical form is entirely symmetric. Although the arch form isn’t as common as binary or ternary, it is still a famous musical example.

It was a common feature of Bela Bartok’s string quartet music, especially the fourth and fifth. It is also used in his second piano concerto. Samuel Barber used arch form in his Adagio for strings. An arch form is a rondo form, but it’s symmetrical.

Sonata form can be described as a musical composition with three sections. Sonata form is composed of:

It functions a lot like the ternary form, so it is easy to mix them up. Both the exposition and development are very different. Harmonically, each half of the form is enclosed. The first half is the exposition, while development and recapitulation make up the second.

The exposition presents us with two subjects in binary form. The first subject is in the tonic key, while the second one moves to the dominant. If it is a minor-key sonata, it will work within the minor key before moving to the relative minor.

The development section usually has a thicker musical texture and a more unstable harmonic structure. This section is not limited to one key. It can travel through many modulations. 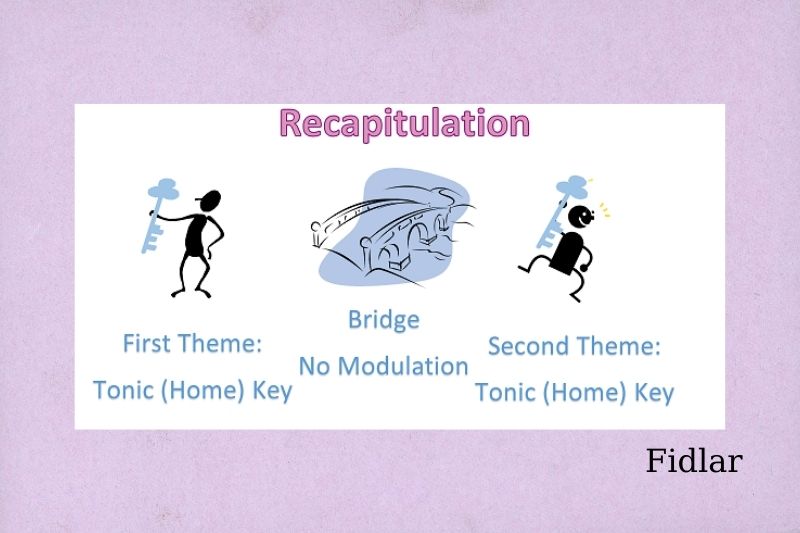 The recapitulation is a clear refutation of the exposition. It flows seamlessly out of the development section. It can be varied. It often returns with a new dynamic than the one it had when it first appeared in the exposition. This creates a new mood.

Sometimes pieces in sonata format will have a brief tag added to the recapitulation. An introduction section may be added to a sonata-form piece before it opens up.

Another change that you may notice is that the exposition will now operate in the tonic rather than the dominant.

You can choose any Beethoven piano sonata and find the majority of the first movement form in sonata form. Hadyn and Mozart used the sonata form structure in the 18th-century. It is also used in solo and chamber works and symphonic compositions from the Classical period.

The harmonic progressions for this variation and the rest of the variations will be the same. Each variation can have changes in the style, rhythm, articulations, and rhythm of the piece.

The Mozart piece “Ah, vous diraise-je, Mama”, which uses theme and variation, is a good example of a piece that is written in this way. It is also the same melody for Twinkle, Twinkle Little Star.

Music can be organized in many ways. This is why there are many types of forms. Remember that Understanding musical forms are one of the five essential elements for beginning and intermediate musicians. If you’re looking for more information on the form in music theory definition, Fidlar hopes that this post helps clarify some things!