Need to know what is folk music? It is any style that represents a community and can be sung or played by people who may or may not be trained musicians, using the instruments available to them. In this article, Fidlar will dive deeper into folk music definition, history as well as characteristics of this music genre.

American folk music can be described as a musical genre that incorporates traditional music from various cultures and peoples.

Many folk songs in the eastern United States have international roots. Appalachia‘s music was shaped by immigrants from England, Scotland, Ireland, and sometimes from the British Isles. Enslaved Africans brought their distinctive rhythms and chants to the South to sing to pass the time.

This genre was incorporated into mainstream culture, creating a mixture of folk and pop music

This music genre can be divided into several categories, including bluegrass, and railroad songs, protest songs, cowboy songs, sea shanties, jug songs, and other genres. Songs have been a part of American culture, often even being the popular music of their era. 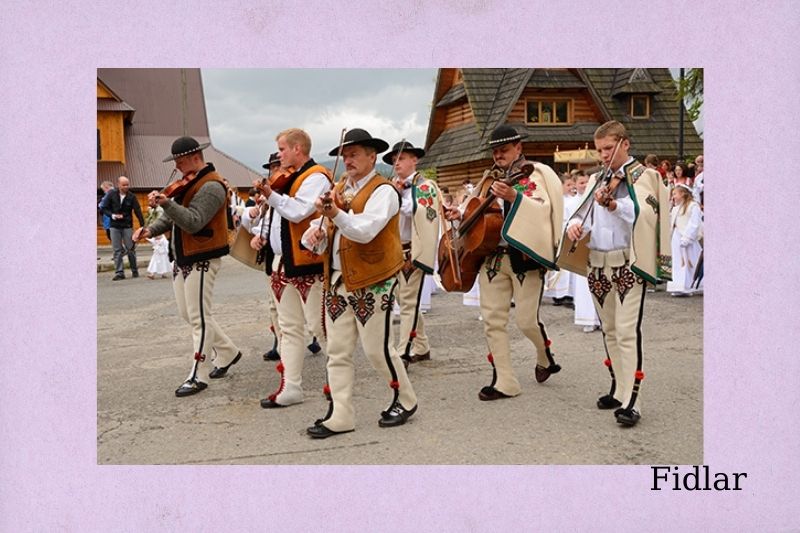 Where Did Folk Music Come From?

Because it is difficult to pinpoint the origins of folk music, it is sometimes used to describe music from different regions. Traditional folk music also was defined as music with unknown composers

In the 19th century, there was a movement to collect and document folk music. This folk culture evolved into a distinct musical form in the 20th century. It is often associated with particular regions, as well as specific folk musicians.

Sheet music and tablature are freely available online. It has a flexible and democratic character that ordinary people own. It can also be shared and created through individual experiences. This political dimension continues to exist today.

This political aspect has influenced a variety of folk music revival, from the right-wing nationalistic composers in the late 19th century to left-wing cultural revolutionaries in the 1960s and 1970s. A new style of folk music developed.

A Short History Of Folk Music

America’s folk music traditions are a result of continuous evolution over its history.

Songs of work by enslaved people. Enslaved West Africans wrote songs to help them through their labor in the Southern fields. They used a call and response tradition and African rhythms.

After emancipation, gospel spirituals were based on melodies taken from the fields. These same traditions were later used to inspire blues musicians in the 20th century.

White folk traditions have roots in Great Britain, Ireland, and the United States. It are rooted in these traditions often include ballads, which tell stories. Traditional Appalachian music was shaped by Irish, Scottish, and English traditions. 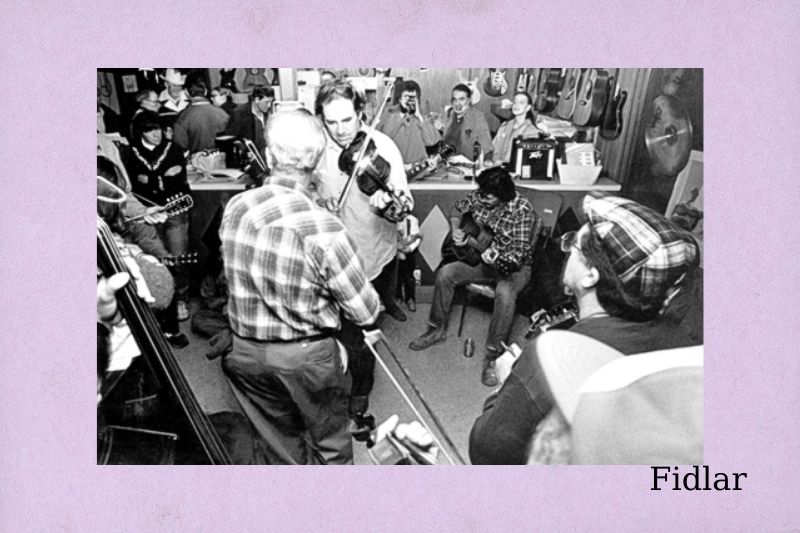 Work songs were popular: Folk music was also influenced by work songs. These songs came from railroads, mines, and the sea shanties that came with working boats.

Cowboy songs emerged in the West from the stories of range workers. Many of these men were Anglo-American, while others were Mexican and Spanish.

The genre was changing by the 1930s. Contemporary folk Woody Guthrie, a musician, is often credited with being the first to contribute to this genre.

It was mainstreamed: The Carter Family’s recordings of “Can the Circle Be Unbroken” in the 1930s helped popularize folk music. This helped to sow the seeds of mainstream country music and launched a multidecade period for The Carter Family.

The popularization of the new genre began in the 1960s. Many folk groups have brought decades of traditional music into the Pop culture to the masses through mass media. The folk music revival was closely linked to the Civil Rights Movement.

This was due to their ties with Civil Rights Movement. Woody Guthrie, John Denver, Bob Dylan, Joan Baez, Arlo Guthrie, Simon & Garfunkel, Joni Mitchell, and Peter, Paul, and Mary, all popular folk singers at the time. Many of these artists were able to build on the foundation laid by the Carter Family.

This genre has evolved in many ways, but the most important is the one that was created. Commercially successful Punk Folk is the most popular genre. The earliest form of this was created by the Pogues.

Acts hail from all corners of the country, including Los Angeles and Chicago. Gillian Welch and David Rawlings, Old Crow Medicine Show, and Nickel Creek are just a few of the folk musicians who have kept this tradition alive.

Dylan began to use Electric instruments in 1965. This was a significant transition to the use of an electro-acoustic instrument, which, although not fully accepted at the time is still used today.

It is very different from one region to another, and many regional folk bands stick to their traditions. This is why bluegrass from southwest Virginia is so distinct from New Bedford, Massachusetts, and the South Carolina Black American spirituals.

What Is The Purpose?

It can be commemorative (the death of Nelson) or rural (cropping of hay). After the industrial revolution, it became more urbanized in subject matter with a political edge. Popular music includes sea shanties, lyric songs, and ballads.

These all lend themselves to folk culture’s narrative storytelling element. Song structure often revolves around a repetitive chorus with changing verses.

This allows multiple people to join in and helps them get through repetitive, mechanical parts of their job in the case of workers.

What Instruments Are Used In A Folk Band?

There are also many other percussion instruments, such as the spoons, bones, and bodhran, and more uncommon ones like the bazouki, hammer dulcimer, and hurdy-gurdy.

This genre includes instrumental music. This is especially true for dance music traditions. However, a lot of folk music is vocal music. This genre is often sung with lyrics and is usually about something.

It from many cultures includes the narrative verse. This includes traditional epic poetry and other forms, which were initially intended for oral performance. Many epic poems from different cultures were assembled from short pieces of traditional narrative poetry.

This explains their episodic structure, and sometimes their in media related to plot developments. The traditional narrative verse also depicts the outcome of battles, other tragedies, or natural disasters.

These songs can also celebrate victory, such as the triumphant Song of Deborah in the Biblical Book of Judges.

Traditional folk often include laments about lost battles and wars as well as the loss of lives. These laments help to keep alive the cause that the battle was fought. Folk heroes like Robin Hood and John Henry are often remembered in songs about folk genre narratives.

Many hymns and other forms of religious music are of unknown and traditional origin. The original purpose of western musical notation was to preserve the lines and traditions of Gregorian chant. This was previously taught in monastic communities.

Folk songs like Green grow the rushes O present religious knowledge in a mnemonic format. Christmas carols and other traditional songs in the West preserve religious lore through song form.

There are other types of folk songs that are less well-known. Songs for work are often composed. They frequently have call and response structures. These are intended to allow the laborers who sing them to coordinate their efforts according to the songs’ rhythms.

The American armed forces have a rich tradition of “Duckworth Chants” (jody calls) that are sung by soldiers while they are marching. A large number of sea shanties were used by professional sailors.

What Is Folk Music Example?

What’s The Focus Of Folk Songs?

We hope you find this helpful article. If you have any comments or suggestions, or questions, please feel free to leave a comment below.