Skip to content
fidlarmusic.com and its partners may earn a commission if you purchase a product through one of our links.
Do you need to know what is classical music? Although the term “classical music” refers to orchestral, chamber, and solo music, there are many distinct periods within this broad genre. In this article, Fidlar will teach you definitions of classical music, eras of classical music, as well as characteristics of this music genre.

What is classical music? It is something you know when you hear it or think you do. But the more you try to answer the question, the more difficult it becomes.

When you are first introduced to classical music, one of the most important things to remember is that the term “classical,” as it is commonly used, best describes music created between 1750 and 1820.

This includes Haydn’s work, Mozart’s, and most of Beethoven. It does not include Bach or Wagner. Debussy and Copland are omitted, but you will hear plenty of them on Classical MPR or other classical music stations.

“Classical music” was first used in the early 19th-century. It gained popularity with music lovers who saw the period from Bach (technically, a Baroque composer) to Beethoven as a golden era in music history. The Romantic Era was eventually renamed the later 19th century.

However, when it came time to tell the public what their local orchestras were playing, Berlioz, Brahms, and others were included under the “classical music” umbrella.

The umbrella was eventually extended to include 20th-century composers, from Stravinsky and Stockhausen.

Musicologists can spend all night debating the history and evolution of classical music. They may debate questions such as the importance of the score and the role of improvisation.

These questions will determine who you believe falls under the broad definition of classical music. Renaissance troubadours? Frank Zappa? Duke Ellington? Yes, no, maybe?

While People can enjoy classical music every day without having to memorize all the details, it is essential to recognize that classical music has a rich history that is constantly evolving. 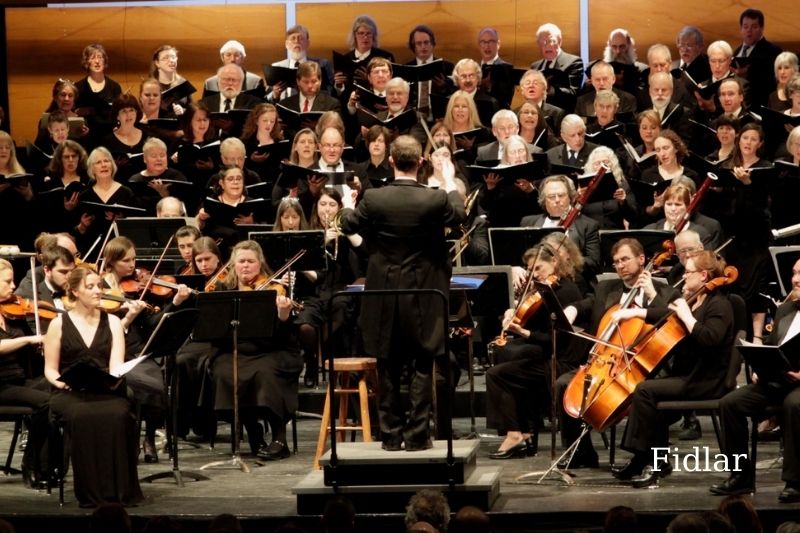 Let’s quickly go over this before we move on. Classic music (small c) is a Western instrument, orchestral, vocal, and choral music used in secular or sacred settings.

You may also have heard the terms ‘classical’ within the context of the Classical Era of Music, approximately 1750-1830, which encompassed composers such as Mozart, Haydn, and Beethoven. Some say that he started the Romantic era (1830-1900).

The Classical era witnessed the formalization of fixed structures, compositional methods, orchestral sizes, shapes, and orchestral sizes in the symphony and comic operas.

The orchestras underwent great changes. The harpsichord, or organ, of the Baroque era (1600-1750), was no longer the orchestra’s musical foundation. Wind instruments like the trumpet, clarinet, and flute joined the strings to create a unique sound.

The Age of Enlightenment was a period of radical change that saw society restructured. It was a time of profound social changes and a focus on religious freedom and human rights.

The architectural style of that time was based on straight lines and order instead of the Baroque’s more elaborate styles. It is reminiscent of ancient Rome or Greece and hence the term “Classical.”

So, why is ‘classical” still relevant?

“Classical” seems to be a generic term for Western art music genres. It evokes the Classical, ordered era in which many of the instrumental, chamber, and orchestral forms we hear today were created.

Indeed, the lineage of the forms and tonality established in the Classical era can be seen to thread from the works of composers of earlier eras (Baroque, Renaissance, Medieval, and before) to the works of Romantic, 20th Century and contemporary artists, as well as popular Western music genres like jazz, pop, rock and beyond.

So perhaps it made sense to use it as shorthand to refer to genres pre-dating modern history’s developments in popular culture.

Another reason the term started to stick was the inclination in the nineteenth-century for arts, culture, and society to hark back to ‘classicism,’ with its straight lines and order.

Classicism was desirable, heralded, and promoted widely following the preceding period of opulent, ornate Baroque styles in arts and architecture. Music was among the areas unable to escape this trend.

Music has existed since the dawn of human civilization, but most music historians begin cataloging classical music in the Medieval era.

Medieval music is known for monophonic chant—sometimes called Gregorian chant due to its use by Gregorian monks. In addition to singing, Medieval musicians played instrumental music on instruments like the lute, the flute, the recorder, and select string instruments.

In addition to the lute, Renaissance musicians played viol, rebec, lyre, and guitar, among other string instruments. Brass instruments like the sackbut and cornet also emerged during this era. 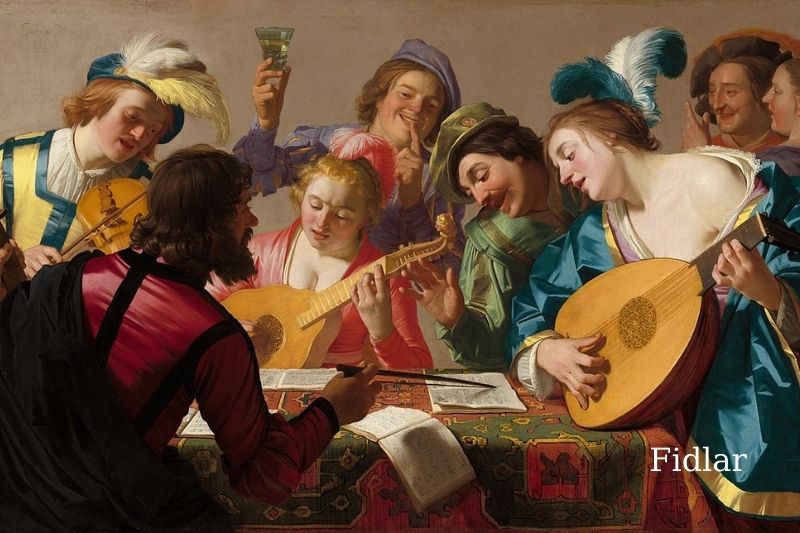 During the Baroque era, classical music surged forward in its complexity. The Baroque era saw a full embrace of tonal music—music based on major scales and minor scales rather than modes—and it maintained the polyphony of the Renaissance era.

Many of the instruments used by today’s orchestras were common in Baroque music, including violin, viola, cello, contrabass (double bass), bassoon, and oboe. Harpsichord was the dominant keyboard instrument, although the piano first emerged during this era.

The most influential composer from the Baroque era was Johann Sebastian Bach, who composed extensive preludes, fugues, cantatas, and organ music.

Within the broad genre of classical music exists the Classical period. This era of music marked the first time that the symphony, the instrumental concerto (which highlights virtuoso soloists), and the sonata form were brought to broad audiences.

Chamber music for trio and string quartet was also popular during the Classical era. The signature classical composer is Wolfgang Amadeus Mozart, although he was far from the only star of the classical era.

Ludwig van Beethoven began his career during the Classical era, but his innovations helped usher in the next musical era.

Exemplified by late-period Beethoven, the Romantic era introduced emotion and drama to the platonic beauty of Classical period music. Early Romantic works like Beethoven’s Symphony No. 9 set a template for nearly all nineteenth-century music that followed.

The Romantic era also saw the creation of a new instrument in the woodwind family, the saxophone, which would gain special prominence in the century to come. 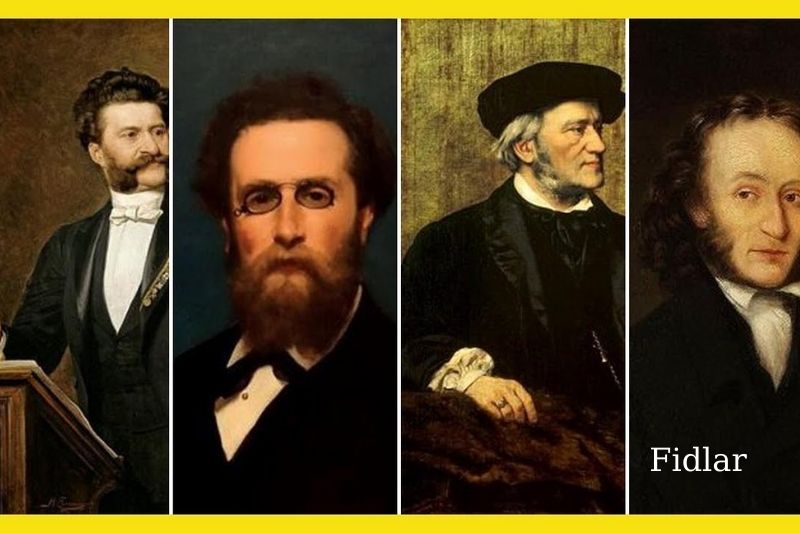 Igor Stravinsky defiantly stretched instruments to their natural limits, embraced mixed meter, and challenged traditional notions of tonality in works like The Rite of Spring.

French composers like Claude Debussy and Maurice Ravel led a subgenre of twentieth-century music called Impressionism. Others like Dimitri Shostakovich, Paul Hindemith, and Béla Bartók stuck with classical forms like the piano concerto and the sonata but challenged harmonic traditions.

Perhaps most radical was the German composer Arnold Schoenberg who, along with disciples like Alban Berg and Anton Webern, disposed of tonality altogether and embraced serial (or 12-tone) music.

The art music of the twentieth century shifted in the 1930s and continued into the post-World War II era, ushering in a style of music that is sometimes called postmodern or contemporary.

Early purveyors of postmodern music include Olivier Messiaen, who combined classical forms with new instruments like the ondes martenot.

Characteristics Of The Classical Style In Music 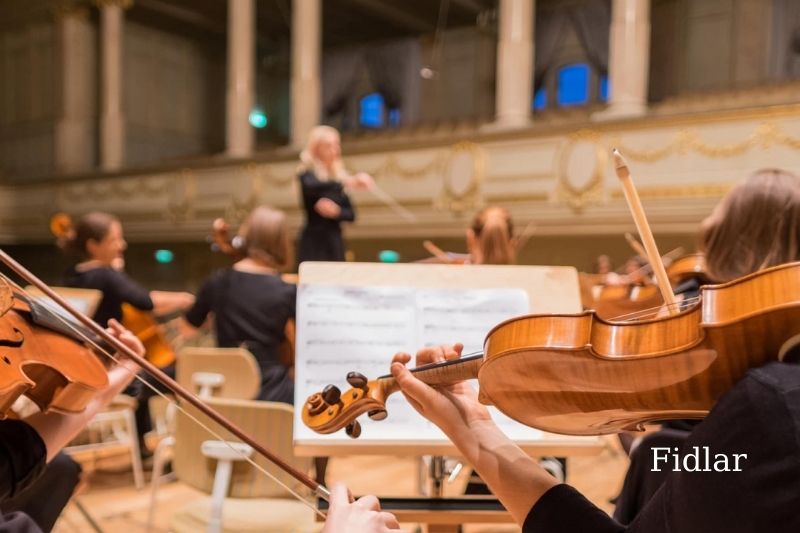 Economic changes also had the effect of altering the balance of availability and quality of musicians.

While in the late baroque, a prominent composer would have the entire musical resources of a town to draw on, the forces available at a hunting lodge were smaller and more fixed in their ability level.

This was a spur to having primarily simple parts to play in the case of a resident virtuoso group, a spur to writing spectacular, idiomatic parts for specific instruments, as in the case of the Mannheim orchestra.

In addition, the appetite for a continual supply of new music carried over from the baroque meant that works had to be performable with, at best, one rehearsal. Indeed, even after 1790, Mozart wrote about “the rehearsal,” implying that his concert would have only one.

Since polyphonic texture was no longer the main focus of music (excluding the development section) but rather a single melodic line with accompaniment, there was a greater emphasis on notating that line for dynamics and phrasing.

The simplification of texture made such instrumental detail more critical. It made the use of characteristic rhythms, such as attention-getting opening fanfares, the funeral march rhythm, or the minuet genre, more important in establishing and unifying the tone of a single movement.

Forms such as the concerto and sonata were more heavily defined and given more specific rules. In contrast, the symphony was created in this period (popularly attributed to Joseph Haydn).

The concerto grosso (a concerto for more than one musician) began to be replaced by the solo concerto (a concerto featuring only one soloist), and therefore began to place more importance on the particular soloist’s ability to show off.

There were, of course, some concerti Grossi that remained, the most famous of which being Mozart’s Sinfonia Concertante for Violin and Viola in E flat Major.

Classical music has a lighter, more apparent texture than Baroque music and is less complex. It is mainly homophonic—melody above chordal accompaniment (but counterpoint by no means is forgotten, especially later in the period).

It also uses the style Galant in the classical period, which was drawn in opposition to the strictures of the baroque style, emphasizing light elegance in place of the baroque’s dignified seriousness and impressive grandeur.

Variety and contrast within a piece became more pronounced than before. Variety of keys, melodies, rhythms, and dynamics (using crescendo, diminuendo, and sforzando), along with frequent changes of mood and timbre, were more commonplace in the classical period than they had been in the baroque.

Melodies tended to be shorter than those of baroque music, with clear-cut phrases and marked cadences. The orchestra increased in size and range; the harpsichord continuo fell out of use, and the woodwind became a self-contained section.

As a solo instrument, the harpsichord was replaced by the piano (or fortepiano). Early piano music was light in texture, often with Alberti bass accompaniment, but later became more prosperous, more sonorous, and more powerful.

Sonata form developed and became the most important form. It was used to build up the first movement of most large-scale works, but also other movements and single pieces (such as overtures).

This was all about the classical music section. We hope you find this article useful. If you have any other suggestions, please feel free to leave them in the comments.