The vertical lines called the music bar lines to divide the notes of a score into groups. These groups are called musical measures or bars. Here is everything you need to know about exactly What is a bar in music theory?. Keep reading this blog for more information.

Music and its creation became much easier after the invention of bars. This was a major breakthrough in the world of music. In previous times bar lines were used in vihuelas in the 15th and 16th centuries.

Bar lines were only used in the modern style of music after the 17th century. This article will explain the importance of bars in music.

What Is A Bar Line In Music? 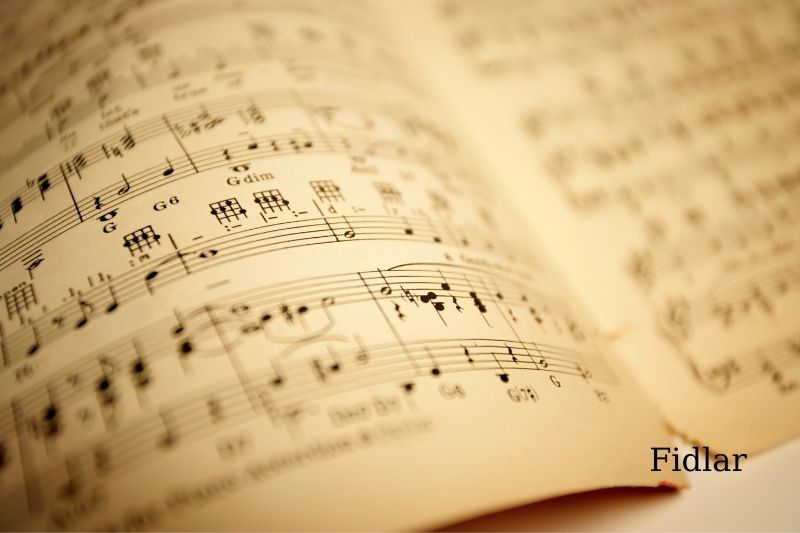 A bar, also known as a measure, is a small piece of music that contains a specific number of beats. You can think of it as a container. A bar can hold a certain number of beats, determined by the song’s time signature. Commonly 4/4 (also known as ‘common time).

The bottom number is the type of notes. In 4/4, there is a quarter note in a measure. In 6/8, there are six eighth notes per measure.

Composers break down music into manageable sections to help players interpret the lyrics when writing music on a page. Players can only process a small amount of music per bar, which allows them to focus on the performance.

Most likely, you’ve heard the term bar lines used to describe basic music theory. Maybe you are just starting to play a musical instrument and would like to learn some music theory.

First, let’s be clear bar lines and measures are the same thing!

What Is A Measure In Music?

A bar line music measurement in notation refers to a time segment that corresponds to a particular beat. Each beat is represented with a particular note value.

Either bar lines or measure lines represent the measure’s boundaries. The measure is another term for the bar. 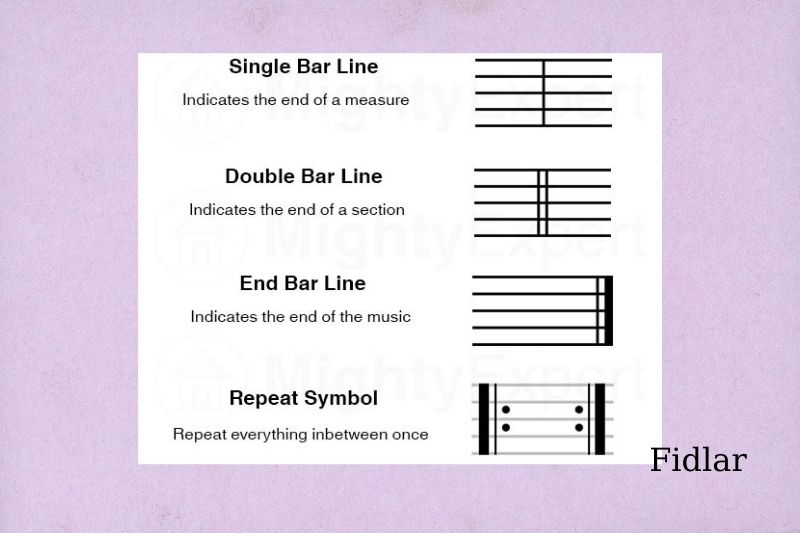 The types of bar lines can be found in sheet music and communicate different instructions to the player. Bar lines are basically few lines that have control, they “line up”.

These vertical lines are used to divide music into bars. They provide more clarity and are easier to read. There are four types of bar lines:

Two vertical lines are running side-by-side, which indicate the beginning and end of a section.

Two vertical bar lines are thicker than the previous. This signifies the end of a musical move or a complete musical composition.

Two dots are placed at the top and bottom of the line. This symbol can be used to repeat the measure. The left and right repeat bar line signify that the section has been wrapped. This section will be repeated one more time.

How To Count Bar Lines 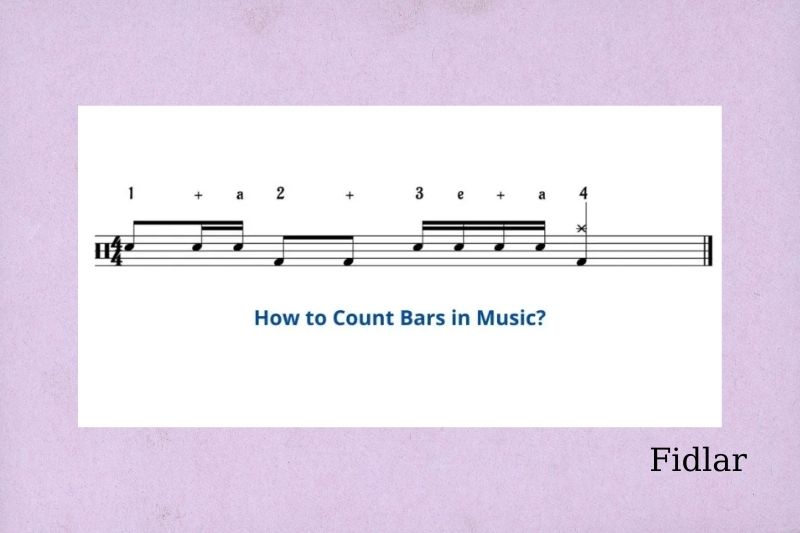 First, you must know the measures and time signature to count bars. It will be easier to understand bars if you have a good understanding of these two concepts.

Step 1: Determine the time signature of your song

Listen to music to learn time signature. Then, count the most common signatures. This will help you to master the concept quickly. Try counting loudly as one…two …. Three…four….one…two…three…four…

This is a great way to learn, but you may not be able to do it. The 3/4 method is another option. One…two…three…one…two…three…

With a bit of practice, any of these methods is possible.

Once you have learned the time signature, it is time to start counting. If the song is 4/4, you’ll know that you have counted 1 bar after reaching 4.

You will also use this for other time signatures. You can increase your bar count as soon as you reach the end of a particular bar.

Music is about listening. It is singing, but listening can help you understand the song. It’s more useful than playing or singing.

Listening to music will eventually lead you to pick up sheet music. You learned to play the Banjo by practicing it.

Time Signatures In Bars Of Music

First, let’s learn the names of time signatures: measure and meter. The music notation is used in western music symbols or specific beats. These can be found in bars, which is the equivalent of a beat.

Music time signatures that follow a music bar line immediately are usually found at the beginning of a song as a time symbol or after the key signature. This is a time signature mid line and indicates a change of meter.

They also come in a variety of time signatures:

The most popular among musicians is the 3/4 time square. This is used mainly for waltzes. So when you see people playing waltzes, try and count one…two…three..one..two…three…..and you will get your beat.

4/4 is the standard time square used in music, rock and country-pop, jazz, etc.

The first number in time square answers how many. This is the number of beats that you have to count in one bar or one measure. The bottom number will tell you how many beats each music note is getting.

What Is The Average Bar Beat?

How Many Bars Is A 3-Minute Song?

A three-minute song will typically have between 80 and 90 bars depending on its BPM. All types of music are considered, and the average song has 108 beats/minute. This is equivalent to 324 beats per minute for three minutes and 81 beats per song.

This was all about the bar lines in the music section. You can learn about bar measures, bar lines, and time squares by simply listening to music and practicing it. Beethoven’s Symphony No. 9 is a great piece to listen to and analyze its structure using all of the abovementioned concepts!

Fidlar hopes you find this article helpful. This page can be used as a guideline for the future; bookmark it in case you forget. If you have any questions, feel free to leave a comment on this article below