Skip to content
fidlarmusic.com and its partners may earn a commission if you purchase a product through one of our links.
EPs are one the most common ways to listen to and release music in the 21st Century. EPs can be a great way to boost your career beyond getting your music out.

Recording EPs is a common way for artists to start their careers in the music business. The big question is: What does EP mean in music?

Single vs. EP vs. LP 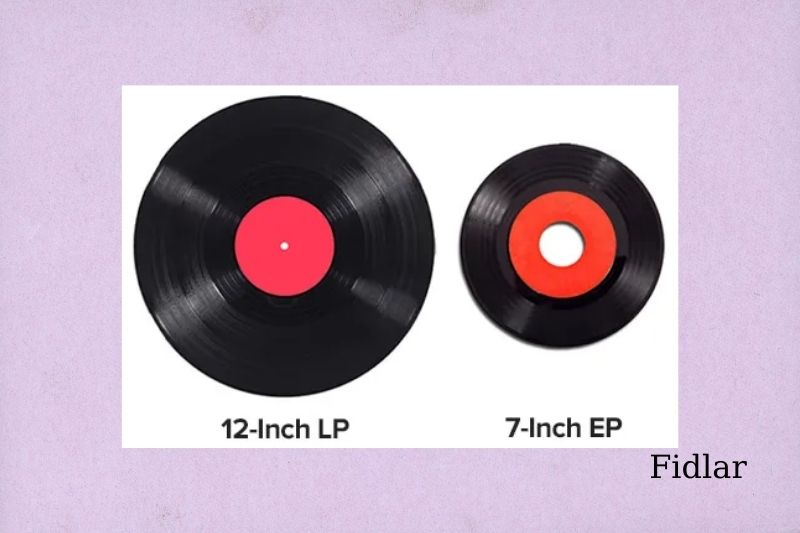 Streaming music is more popular than ever, even though vinyl records are rising in popularity again In the current music industry, there are three main formats that artists can release their music. Each one has its meaning.

Singles are easy to understand, so you probably know what they are. A single song can be released as a standalone track or in anticipation of a larger, more complete release.

The other end of the spectrum is the term LP; it’s also called a “full-length” album. It is a large collection of songs. Usually, it contains eight songs or more. This is often what people mean when they refer to “a studio album“. These LPs were better sound quality and could play more than 20 minutes of music per side.

These differences are important for artists who want to release music. Artists can choose to release singles, EPs, or full-length albums. If you feel that you have a story or important message to share, an album is a great format.

An EP is the intermediate point between an LP and a single. An EP stands for extended play and is a smaller collection. Although it has fewer songs than an LP, an EP is a larger release than a single.

In the past, LPs were the main way that people listened to music. To keep up with the demand for consistent content, artists are now releasing singles or EPs.

Now that you are familiar with the differences between singles, EPs, and LPs in the music industry, how can this knowledge be used in your music career?

What Does Ep Stand For In Music? 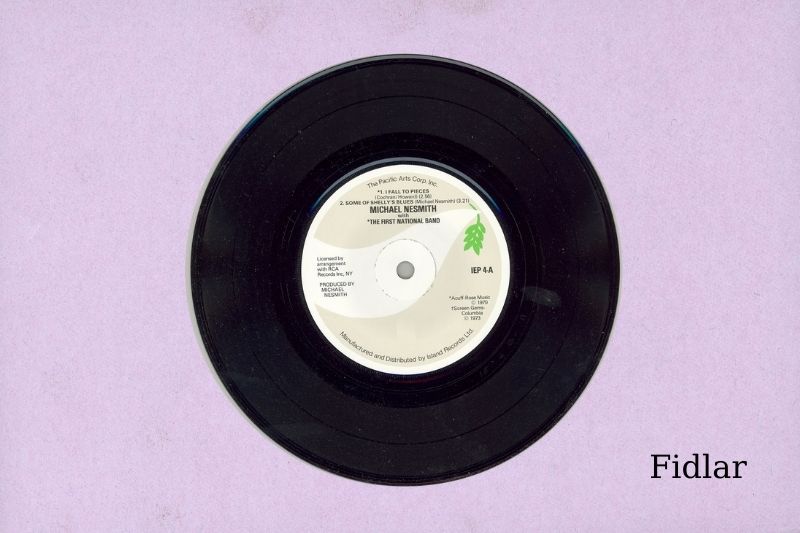 EP stands for Extended Play vinyl record, digital download, or CD, and it entered the music scene as a competitor to LPs. It was printed on discs the size of a single but allowed artists to fit several songs on them. The name “extended play” may be confusing as an extended play record is longer than a normal extended play record.

An EP was designed not to feature a single song, instead resembling a mini album. Because of this, an EP could usually hold about four songs total and often served as compilations of singles and album samplers.

A full-length album is one that contains more than 10 tracks. Van Halen has many albums with only nine tracks. Depending on the length of individual tracks, there may be albums with even fewer tracks (Iron Butterfly’s second studio album In-A-Gadda-Da-Vida).

The term EP was once used only for vinyl records that were not standard 78 rpm or LP. However, today it is common to hear the term LP connected with a Compact Disc, digital release, or other media.

They are often used as marketing tools and prequels for upcoming albums. This builds excitement and awareness for the larger project. EP’s are often used to promote a new band, rather than a full album like Kings of Leon. Their EP “Holy Roller Novocaine” was their first signed work.

You can use EP’s to preview a new album and guide what will work and not on the final record. They are less expensive to produce and distribute because they have a shorter duration. However, you will still need to spend the same amount of money marketing and promoting them as an album.

Many bands begin by releasing EPs. Once they get picked up by labels with the money, they can move on to bigger projects such as albums. An EP can be sold both in physical format and as a digital download.

How Many Songs Are On An Extended Play?

Digital music has made it possible for artists to include as much music on an EP as they want. An EP’s purpose is to be short so that they can still be produced in this way.

There is no set length for an EP, but it seems that there are four to six songs. If you want to make your project an EP, the time should be between 20 and 25 minutes.

What Are The Maximum And Minimum Track Lengths? 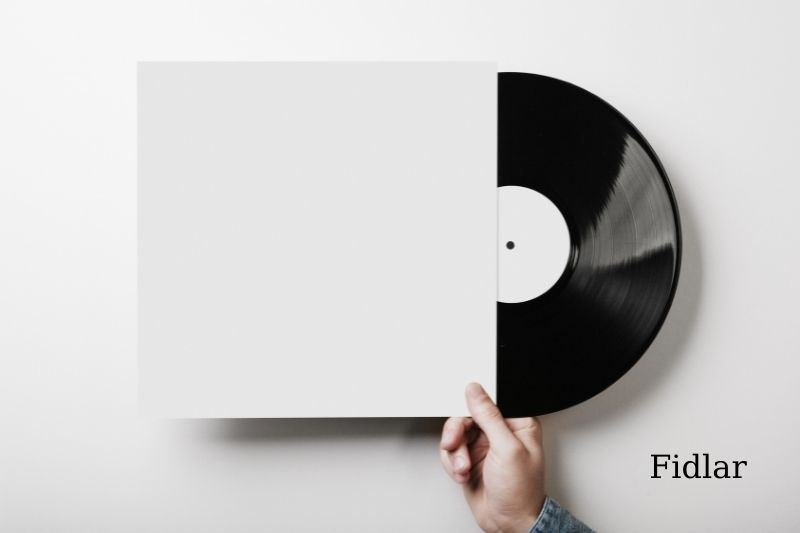 You want songs to last between 2 and a 1/2 and 3 minutes. An EP is a preview of your music, so it’s essential to be as brief as possible. To make the song memorable, you should highlight all the themes and the hooks early in the music.

If it is less than 30 minutes long, iTunes and Spotify consider it an EP. Your EP will not be considered an EP if it exceeds 30 minutes.

Seven-inch eps vinyl records had more tracks than a single, usually five to nine. The first EPs contained seven-inch records. They were smaller and faster than singles but they were still a distinct format. They could be named after a lead track, but they were usually given a different title.

How Do You Promote Your First EP? 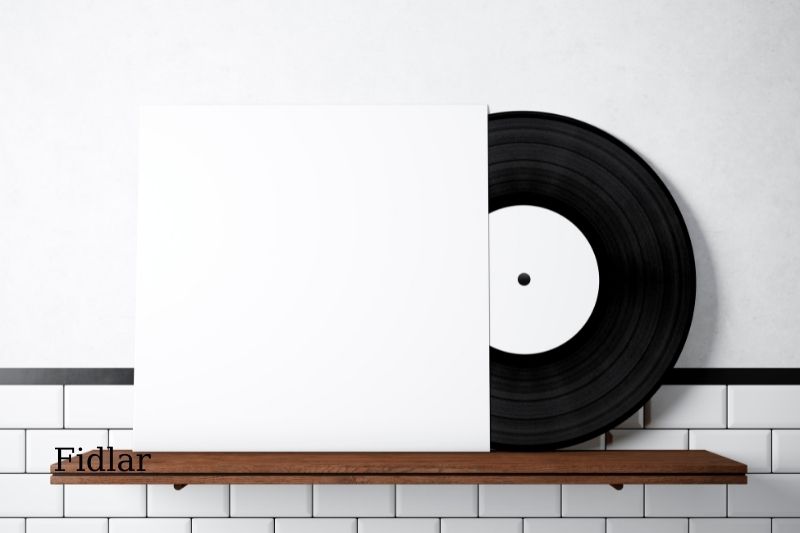 How To Release An EP Independently?

It would be best if you had the EP releases schedule with a specific release date. It is important to make your EP available on as many online platforms as possible. For example BandCamp, ReverbNation, SoundCloud, etc.

Ensure that your Metadata is correct while you do all of this. If your name is incorrectly spelled, you may not be paid royalties. It’s important to share the news on social media. You could throw an ep release party; music is something you should celebrate.

People love parties, and your EP will be the focal point of the event.

Include EP In The Title

You can also include the ‘- EP’ in your title. iTunes will automatically add EP to your release if it is considered an EP but doesn’t include EP in its title. Also, it’s essential to be consistent across all streaming platforms. This gives your audience an idea of what to expect once they click on it.

Do You Need A Remix?

It’s a great idea first to show your best side when trying to grab attention. It doesn’t matter what format you use when creating an EP. You can put songs that you think people will enjoy, but how do you know if they will?

One solution is to remix your most loved song and make it the first track on your EP. You can use the same lyrics if people like them but set them to a different backing track.

You have the option of using the same vocal file twice, or, even better, you can re-record them to match the track. You can also use a well-known backing track and record your vocals. Remixing a song may not be the best idea, depending on your style.

Diversify The Content – What Is An Interlude In A Song?

Interludes can be a great way to showcase your personality to your fans. You can use interludes in a variety of ways depending on the style of music.

You could, for example, have an A Capella section that showcases your vocals if you’re a mellow and melodic artist. You could also have a quick freestyle with a rapper or a fun conversation with a friend.

You should always include a cover, regardless of whether you are pressing a physical CD. You should add a brief note to this cover asking for people’s help (sign up to your list, share CD, etc.).

Any release needs artwork. Our platform can help you find a great designer if you don’t already know one. To receive proposals from top-notch designers, you can join the group and start a project.

Include Calls To Action

Calls to action are a way to encourage people to take the steps they want. This is often what gives them value. An EP is created to achieve a goal by increasing awareness about your music or making money to increase brand loyalty. It would help to let your listeners know what your goal is and what you want them to do next.

Let’s say, for instance, that you are going to give your EP away for free. You want to increase awareness about your music. You want people to sign up for your mailing list. Your calls to action should be placed where you can easily find them.

Why Record An EP? 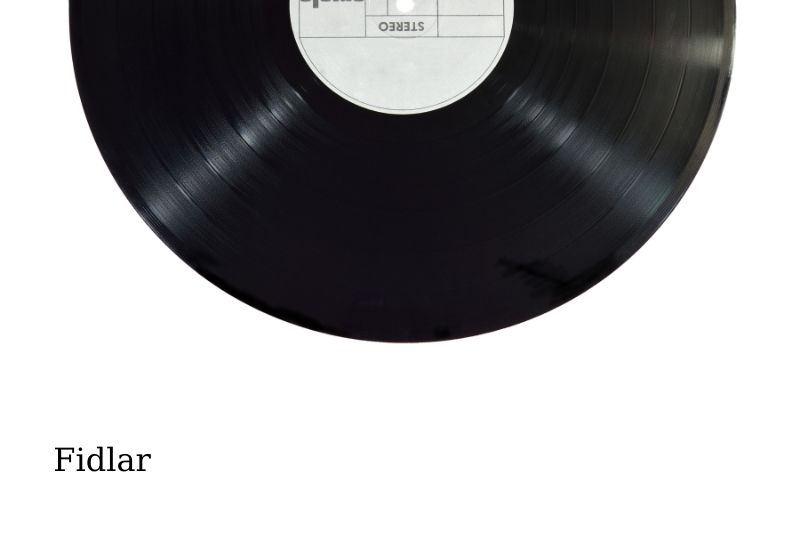 Let’s now look at the main reasons EP is a format you might want to use for your music.

1. A Small Collection Of Music Is Available

You may not have many songs in your repertoire if you are an indie musician just starting. You are now most likely aware that music releases are published to gain fans, promote your music and book shows.

An EP is a great way to showcase a small collection of your music and introduce your style and vision to industry professionals and new listeners.

2. It’s More Affordable Than An Album

Recording music can be expensive. If you are starting, it is possible that you don’t have the funds to produce a full album. The Extended play is a financially viable option. An EP can be affordable if you only choose the best songs to release.

It could take months or even years to produce full-length albums. If you are a new artist and have no music yet, this may not be possible.

If you are in a hurry to release content, recording four songs is more manageable. You can also provide enough music for your fans to keep them going until you have albums released.

4. To Hype A Future Release

Sometimes, an artist will release some songs as an EP even though they have an album. This is done to create excitement about the album’s release.

You can also increase your listener base when you release your album. Because of the Extended play, new listeners will discover your music and be eager to hear your full-length album.

Music is now consumed faster than ever, and people have a shorter attention span. It is better to release smaller amounts of content over a single album. Many artists release several singles and a few EPs before releasing an album.

Your listeners will be invested in your artistry by listening to the same content over and over again. They will also be motivated to follow you on social media to keep updated with what’s happening.

Life in the music industry can be confusing. Find the answers to the most frequently asked questions.

What Is An Lp?

LP stands to mean Long Play. It was once synonymous with the 12-inch-diameter phonographic record that you played at 33.3 RPM. It is now a full-length album. The time duration is variable due to the advent of digital music. 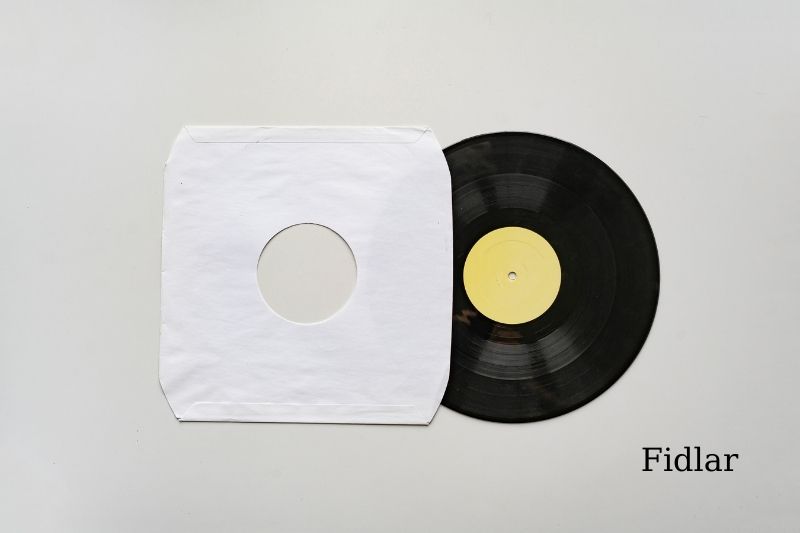 Are 2 Songs Possible To Be An Ep?

An EP stands for “Extended Play” and is essentially a mini album. An EP is a collection that contains fewer songs than traditional albums but has a longer run time than a single (2-song) double. They typically have between 3 and 6 songs with a 30-minute runtime.

The secret to making an extended play that will be able to stand out from the crowd? Be different! Fidlar hopes you will take some of these tips on board. Anyone can make an EP using the standard methods. However, it takes a bit more thought and effort to make an EP that stands out.

If you have any other questions, please leave them in the comments below, and we will be happy to answer them!