In the language of music theory, dynamics are changes in the volume with which a musician plays their instrument. In literature, dynamics can refer to the pace of a story. They also form a key component of music notation, where they are used in the same way as tempo markings.

This post will cover the various types of musical dynamics, and how they are used with lots of examples and explanations. Let’s define what are dynamics in music.

What Are Dynamics In Music Theory? 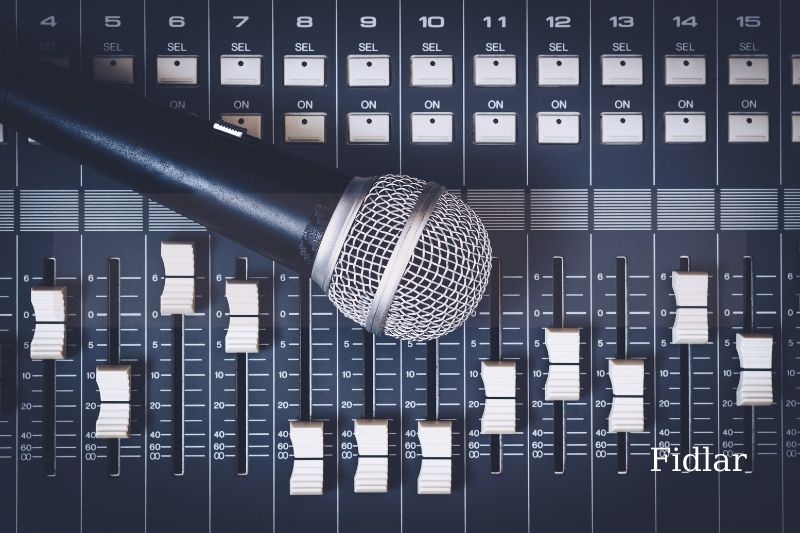 The volume of a sound or note is called dynamics. This term can also be applied to written or printed musical notation that is used to indicate dynamics. Dynamics can be used to refer to relative volume levels.

Dynamic markings were traditionally based on Italian words. However, it is acceptable to use English words in your music theory. Forte means play loudly and strongly, and piano is soft.

By the way, the instrument we commonly call the “piano” was initially called a pianoforte because it could play dynamics, unlike other keyboard instruments like the spinet and harpsichord.

In the 16th century, instructions for dynamics were first published. Lute music was the first to have dynamic marking.

However, it wasn’t until the 17th Century, when the Italian terms forte and piano became more prominently used, that these markings were made standard features of the music score.

It has been common for western classical tradition to use notation to express composers’ wishes regarding the volume and sound of the music elements.

This practice dates back to the Baroque period. However, it is now understood that these nuances are within the scope of the performer’s responsibility to execute.

How To Indicate Dynamics In Music Notation 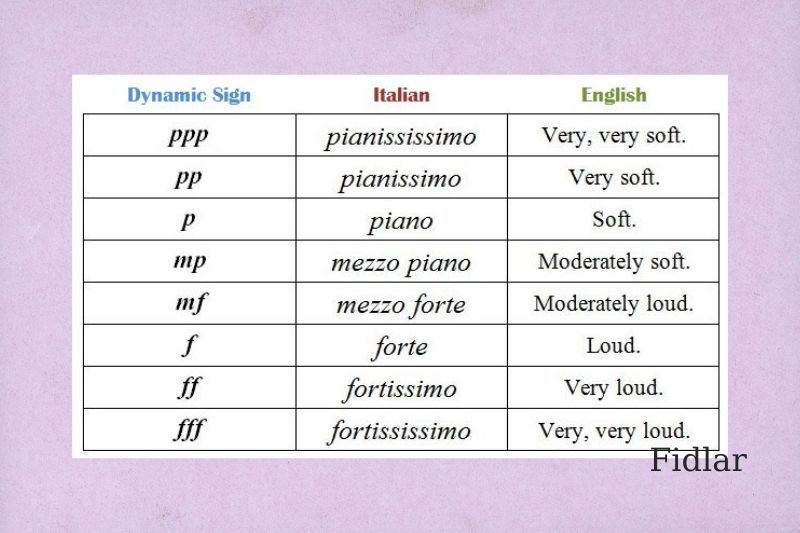 The dynamic music definitions can be adjusted from the quietest to the loudest Italian terms. Composers use a range of musical terms to express their musical preferences.

The main dynamic levels are:

You can also see subtle degrees of loudness and softness by:

p and f are just a few of the options.

It is not as common, but it is worth mentioning that we can have very loud and very quiet dynamics. To get pianissimo and fortississimo, we just need to add an additional ‘iss’.

Sometimes accented notes are created when music is played sudden changes in loudness. Although most composers use graphic music notation to express accents, some composers and arrangers prefer the Italian words sforzando, sforzato, forzando, or forzato-in music notation sfz, sf, or fz-all to make some more extreme dynamics.

Classical composers sometimes use the fp sign, which stands for fortepiano and indicates a forte accent immediately followed by piano.

How To Indicate Dynamic Changes In Music Notation

Certain markings and symbols that indicate musical volume gradual changes are called dynamic. It is common to see both graphic symbols and Italian terms as indicators of dynamic changes in sheet music.

Vivaldi’s “Spring” is a great example, from the Four Seasons. Listen to the video and see how Vivaldi uses “Terraced Dynamics”.

Composers and technology have improved over time so that piece of music can be modified to alter the dynamics.

These are the dynamic terms to understand basic changing dynamics:

For a quick change in dynamics, molto cresc. and molto dim. are used often (molto refers to a lot). Poco a poco cresc for slow changes and Poco a poco dim are used (poco, a poco is little by little, i.e. Very slowly)

These concepts are often expressed in contemporary musical scores using “hairpin” notation. These dynamic markings are displayed in the following format:

These “hairpins”, which are open and close, indicate loudness. Hairpins that open and close slowly indicate diminuendo. Crescentendo is a hairpin that opens slowly and closes at the beginning. These markings may be extended to multiple lengths if necessary.

How To Use Dynamics 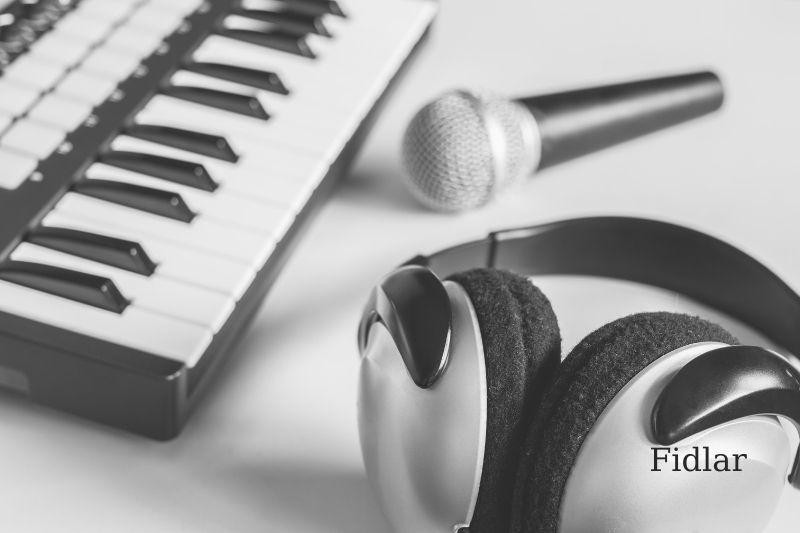 Sometimes, composers leave out dynamic markings in music. If that is the case, how can you decide what dynamics to use? There are many ways to add dynamic to a song.

You can experiment with different dynamics to see what you like and add your dynamic to the music, even if it is already marked. There might be a better way to add dynamic to your song. These are some great things you can do with dynamics.

The Echo: If you hear the exact phrase repeated in a song, play it louder the first and then softer the second. A reverse echo is where you play loud the first time while playing soft the second.

Soft Verse, Loud Chorus: You’ll find this in popular music as well as soft versus and loud choruses. To make the hook more engaging, play the chorus at a louder volume than the verse. Then, drop to a lower level for the next verse.

Crescendo and Decrescendo: Take a piece of music and start soft. Then, get louder towards the middle. Finally, get back to soft at the end. This is fun with Hoffman Academy’s songs “Chocolate” and “The Wild Horses.” As the notes rise, they get louder.

The notes that go lower become softer. Try different dynamics when you practice piano songs. Pay attention to how dynamics can affect the feel of a song.

You will soon be able to sense whether the music is loud or soft as you get more experience with dynamics. You can listen to this video lesson and learn more about dynamics.

Why Is It Important To Understand Dynamics In Music?

Because instruments sound very different at different volumes, musicians need to be able to recognize dynamic range. This is most evident with brass instruments and woodwinds.

Still, electronic instruments like the electric guitar have their tonal qualities when they are played louder or lower due to the physics behind guitar amplifiers.

Modern music’s dynamics are dependent on sound and studio technology rather than the orchestral techniques mentioned above. Studio technology can create and release tension, volume dynamics, and spatial effects.

They are done in a completely different way. Mixing and production are the keys to dynamic sound in studios. Compressors and dynamics processors use mathematical processes to alter the sound.

These processors, like the dynamics markings, change the volume of any sound. Their names are derived from the dynamic of the track and what they do to it.

Let’s look at four processors that can affect the range of dynamics in modern studio settings: Compressors and Limiters, Expanders, Gates.

Compressors, it is not surprising, reduce the sound. What does this mean? They bring the louder and quieter parts closer together at the dynamic level, narrowing the range of dynamics between them.

The average compressor has six parameters, and these are listed below. 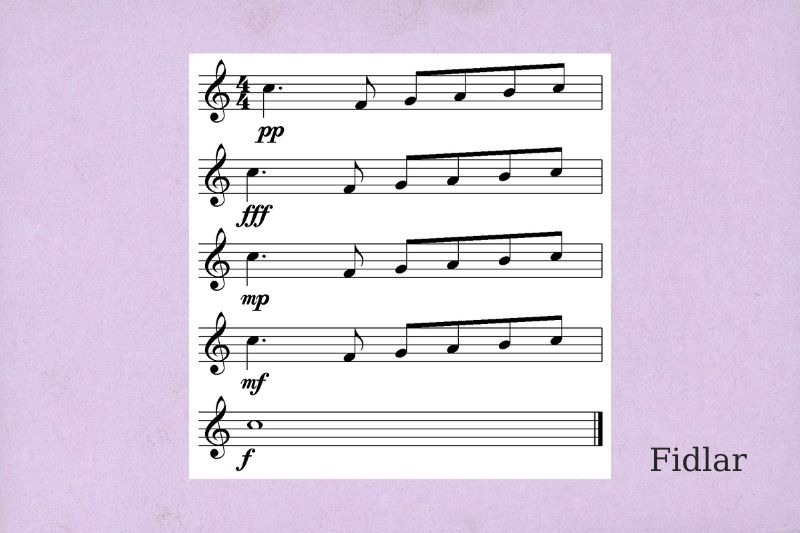 The compressor turns on when it reaches a threshold (measured by dB) of loudness or softness (upward compression).

Controls how much compression takes place.

This affects the way signals around and near the threshold point are compressed. An aEURhardaEUR ™ knee will activate compression when it crosses the threshold, even though it is only 0.1 dB below the limit.

An aEURsoftaEUR ™ knee, on the other side, will round the sound before it crosses over the threshold and gives it a smoother sound.

This is the time taken by the compressor to move from full compression to no compression.

Controls the time taken for full compression to end and return to zero.

Compressors reduce the volume of loud signals so that the signal is less audible than the original. This is compensated for by amplifying your output signal and restoring the volume of the loud parts to their initial levels.

Many ways can compression be used to control sound dynamics. Producers and mix engineers use compressors to reduce the sound’s dynamic and natural-sounding quality.

Limiters are a way to limit sound signals from exceeding a certain threshold. It will immediately be compressed once the threshold has been reached to ensure that it does not exceed it. A limiter is a compressor with a high ratio.

Some limiters can be set to adjust the threshold level, while others do not. Limiters are used to master tracks to make them sound better. They glue the different elements together and increase their volume. Limiters can also be used to control loud sounds in live music.

Expanders can be thought of as the opposite of compressors. Expanders are responsible for expanding the dynamic range of recorded audio. A compressor compresses dynamics, and a limiter limits it.

The louder parts will be louder than the quieter ones, and vice versa. An expander can be used to increase or widen the range of dynamics and produce a more natural sound.

The thresholds are the input levels that activate the expander. The expander kicks in when a signal is sufficiently loud or soft to exceed this threshold. The same applies to the knee, attack, or release times in a compressor but in the opposite direction.

For downward expansion, makeup gain is not required because the quieter parts will be gradually softer. However, they are essential for upward growth. When a signal is expanded louder during upward expansion, distortion may occur.

The makeup gain reduces the signal’s force and returns the louder parts to their original levels.

The last dynamic processor we have is an extreme form downward expansion that has a high ratio. The gates provide a threshold at the floor that automatically muffles certain parts of an audio signal.

Gates can be used to remove background noises and improve the sound quality of drums. They also isolate individual drum sounds from a set.

All types of music have dynamics. As we mentioned previously, the dynamic is very important element in music. If you want to bring out your music’s dynamics, then you must practice expressing it—practice sounding soft at different dynamic levels. The quieter you can play, the more expressive you will sound.

Although the science of dynamics is complex and nuanced, it’s impossible to describe in a brief article. However, Fidlar hopes you have gained some insight into what are all the dynamics in music.