Skip to content
fidlarmusic.com and its partners may earn a commission if you purchase a product through one of our links.
If you’re looking for tips on how to record drums on a budget, this article is for you. It’s not as difficult as you might think. Learn how to get great drum sounds without spending a lot of money.

What You Need To Record Drums? 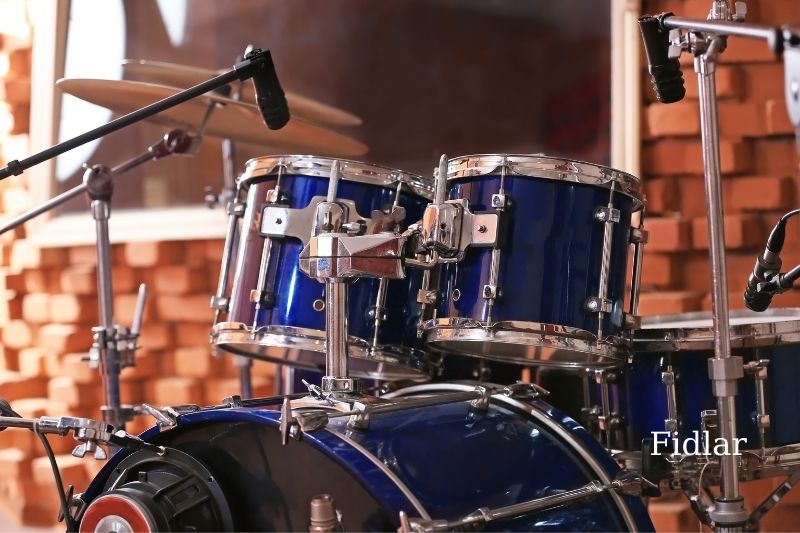 This amplifies the signals coming from the microphones and sends them on to the recording software so that your performance may be captured. A recording setup with at least eight microphone channels is recommended while recording acoustic drums.

Interfaces typically provide a mixture of additional analog and digital inputs and line-level and headphones outputs for listening to recordings. Inputs can be either analog or digital. USB is by far the most frequent method they use to connect to the computer.

Accessories Including Microphones, Stands, And Wires

When recording the sound of a drum kit, it is common practice to utilize a variety of microphones, including condenser microphones with small and large diaphragms, dynamic microphones, and ribbon microphones.

Many engineers will adjust the polar pattern or pickup pattern on individual microphones, or they willfully swap out the capsule head on a microphone to record the sound from a different perspective or lessen the “bleed” from drums located nearby.

Sandbags are frequently utilized, and heavy stands are required for placing a large microphone on top of the drum kit. These stands must be able to support the weight of the microphone.

Regarding the length of the cables, carefully consider the distance that the kit will be from the recording interface, and then double the length that you believe you will require.

Cables will have to be routed along the ground, out of the way, and then up the stand to the microphone, several meters above the ground.

The sound on the most famous drum recordings has something distinctive about it, and in many cases, the space you did the recording in had a crucial factor in creating that sound.

The majority of high-quality recording studios feature at least one area or room solely devoted to drums. This space may be bright and reflective due to glass, concrete, and tiles, or it may be darker and more rounded due to the presence of wood.

Rooms frequently come equipped with movable panels, sliding doors, partitions, and curtains, which allow for the reflectiveness and personality of the space to be altered in a hurry.

Before a single nail is driven into place, careful consideration is given to the room’s shape, dimensions, and materials.

Substantial testing and modifications are frequently carried out over a recording studio’s existence to adapt to shifting fashions in recording techniques and drum sounds.

When recording at home, you should select the room with the most space, as you will always need a lot of room around the drums. If you intend to record yourself, you should make a strategy for how you will access the recording kit and your computer.

Don’t put unnecessary restrictions on yourself, as this will just make the situation more unpleasant and challenging overall.

How To Record Drums On A Budget 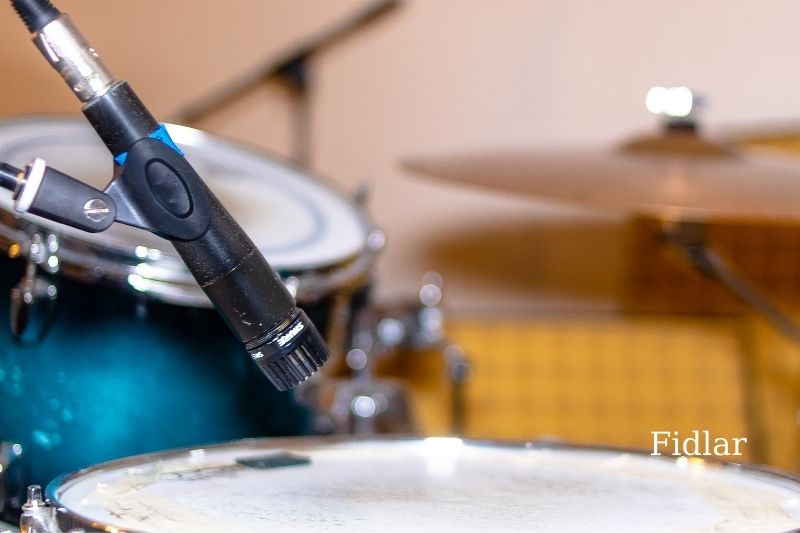 The foundation of great drum recordings is excellent preparation. You can develop a solid template for recording a wide variety of drum parts in your home studio by carefully selecting and configuring your palette of microphones.

This will allow you to capture each drum part accurately.

Any recording engineer worth his salt will tell you that a well-played instrument is the single most significant factor in determining the overall quality of the recording.

On a recording, you cannot take a tone-deaf singer whose range only extends half an octave and make her sound like Adele. In a similar vein, if you record drums that are loose and out of tune, you won’t be able to make them sound sharp and accurate.

So get your drum key and start tuning your heads. The snare is the essential component of the drum kit because it is the most noticeable instrument. But you should also check that your toms sound amazing.

You want them to be able to provide girth in the low end, but you don’t want your final mix to be muddy because of them.

Record some of the kick drum.

It is possible to mic a kick drum in a variety of different methods, depending on the construction of the drum itself and the quantity of microphones available to you.

A single boundary microphone will be positioned around three inches away from the drum’s outer head on the majority of home recorders. You may also position a microphone inside the drum if its outer head has a circular cut-out that provides access to the interior.

This will prevent sound from the other drums in your kit from leaking into the microphone. Do both if there are sufficient microphones available. This will provide you with alternatives once you have mixed everything.

The Shure Beta 52A is widely regarded as the best microphone with a kick drum; however, the AKG D112 also has a sizeable following.

The snare drum should be mic’d.

The change is striking, and a major part of it may be attributed to Lars Ulrich’s choice of the snare drum, which he stopped using not long after the record was released.

When micing snare drums, a dynamic microphone should be hovering about 1.5 inches above the drum head, suspended above the plastic hoop that sits on top of the drum, and pointed toward the center of the instrument.

This will ensure that the microphone picks up the most accurate sound possible.

Those who have access to other microphones and mixing inputs might also choose to position a mic beneath the drum since this creates an exciting combination of tones.

The Beyerdynamic M201TG and the Shure SM57 are both examples of dynamic microphones; the Neumann KM 84, on the other hand, is an expensive example of a small-diaphragm condenser microphone. All three of these microphones are suitable for use with snare drums.

Establish microphones in the ceiling.

Even if you only have access to a restricted number of microphones and mixing inputs, which is the case with most home recorders, it is still possible to obtain a very high-quality drum sound by employing only four mics.

Several of the world’s most illustrious drummers, such as John Bonham, Keith Moon, and Tony Williams, were captured on record utilizing microphone setups consisting of four microphones.

Therefore, suspend two mics over the complete drum kit, with one mic devoted to the kick drum and one to the snare drum.

This stereo pair will be responsible for the remainder of the drums, including rack toms, floor toms, bongos, cowbell, and all of your cymbals.

Large diaphragm condensers, such as the AKG C414, the Shure KSM44A, or the Neumann U87, are frequently utilized by engineers for this purpose.

Even though they are high-priced microphones, especially the Neumann, you can still obtain excellent results with a more affordable condenser microphone like the Audio Technica 4033, even if you’re working with a limited budget.

You might also use small-diaphragm condensers such as the Rode NT5 or even a ribbon microphone such as the Royer R-121 or even the Cascade FAT HEAD, which is significantly more cost-effective.

You can include additional mics in the mix if your finances let it.

Your hi-hat cymbal should be the next instrument to receive close-mic attention, followed by each of the individual toms.

Having more drums that are close mic’d provide you with more options while you are mixing, but you will still want to keep a stereo pair of microphones for the overall sound of the kit. Utilize dynamic microphones such as the SM57 in this situation if you need to record a loud drummer.

You can utilize any condenser microphone you have access to in your mic locker as long as the loudness isn’t an issue.

Adjust the sound’s preamp and compression levels. A compression effect is added to most drum recordings to round out the overall dynamics.

However, when tracking the drums, many recording engineers do not apply compression; instead, they add the effect after the recording is complete.

Remember that there is no way to “get it back” once you have compressed your audio signal while recording it because there is no means to do so.

Therefore, make an effort to record a tone that is as unadulterated as possible and save the compression for a later time. The vast majority of engineers use a preamp before feeding audio into their mixing board.

When it comes to recording on a limited budget, the Art Tube Opto 8 is a fantastic choice. In addition to having eight input channels and digital output, it employs tube amplification in its signal processing.

The Focusrite Octopre MkII and the Presonus Digimax D8 are two other excellent choices for preamps in this price range. After mixing them down to a single channel, you may also pass the audio from all of your drums through the Universal Audio SOLO/610.

This is another option available to you. However, there is just one input channel on the UA 610, even though it boasts a superb sounding preamp.

Therefore, you would be applying the same amount of preamp tone to all of the sounds coming from your drum kit. 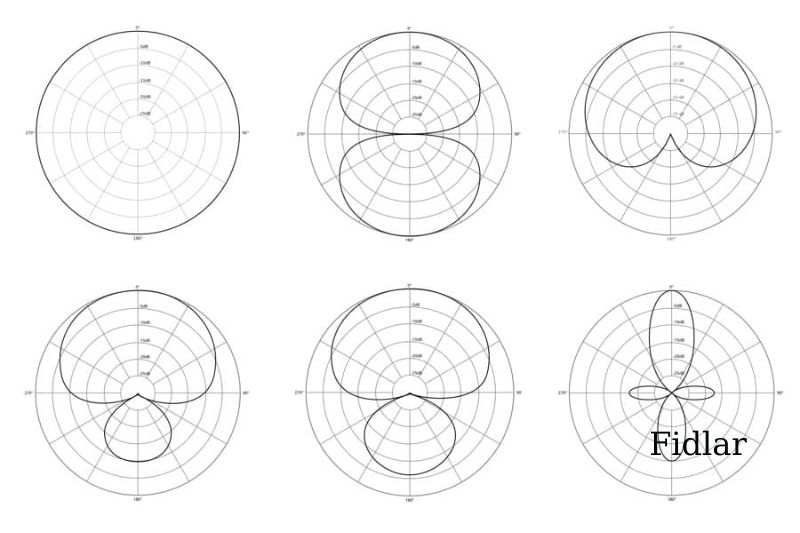 There are a few more things to consider when it comes to microphone kinds. Polar patterns are significant because they influence how the microphone picks up sound. Cardioid microphones, for example, will pick up only the sound in front of them and reject everything else.

Super cardioid microphones offer an even smaller sound pickup area. The figure-8 pattern blocks the sides and picks up sound from the front and rear, while omnidirectional mics pick up sound from all directions.

There are many more patterns available, but these are the most popular.

A microphone’s diaphragm is one of its most crucial components. It begins to vibrate when it comes into contact with a soundwave and converts sonic energy into electricity.

The size of the speaker has a significant impact on sound qualities such as sensitivity, dynamic range, internal noise, sound pressure handling, and so on.

The sound is more natural when the diaphragm is larger. On the other hand, small-diaphragm mics handle high sound pressure much better. Large, medium and small diaphragm microphones are divided into three categories.

As you can see, drums can be one of the most difficult or simple instruments to record. Put, recording oneself improves your playing and ear and your respect for the art of drumming and overall musicianship. The more recordings you make, the better you get. Drumming tools that make the procedure easier can only accelerate your growth and enjoyment.