The first stage in improving your recordings is to examine the input source, such as the classical guitar, with a critical eye or ear.

Begin by asking yourself the following questions:

What is the sound of the guitar? Is it monotonous or colorful and rich?

Is the guitar noisy, as in, does it make a lot of accidental and undesirable noises, such as rattling?

Is The Tone Of Voice Correct?

Any faults you identify with your ears, such as unpleasant noises or tuning issues, will be highlighted on your recording.

‘Trash in, garbage out,’ as sound engineers say. This means that no amount of studio trickery will improve the sound of a bad instrument. With this in mind, it’s always better to focus on enhancing the guitar’s tone before attempting to “fix it in the mix.”

Should Your Strings Be Replaced?

Changing your strings before recording may seem obvious, but it’s not always the best idea for recording classical guitar.

New strings are often the solution to a dull-sounding guitar and can help with other concerns like fret buzz and tuning and intonation issues, but they are often louder.

Reducing fret hand noise, such as the squeaking that happens as your fingers move along the fretboard, is one of the numerous challenges of recording classical guitar. This usually happens when you’re transitioning from one shape to the next, and your fingers glide over the strings before lifting from the fretboard into their new position.

The squeak of the fretting hand is part and parcel of the classical guitar. It is mainly addressed by working on techniques, such as lifting the fingers directly rather than dragging them, but it’s also a fact that new strings squeak more than older strings, a problem that even Segovia had to deal with.

With this in mind, it’s a good idea to change your strings about a week before you record to allow them a chance to settle in. Other tips include moistening your fingertips to lessen friction and noise and using a fretboard conditioner.

What Strings Are Best For Classical Guitar Recording?

Polished strings are less squeaky than regular nylon strings, but they also don’t last as long as unpolished ones.

Polished bass strings are available from brands like D’addario, La Bella, and Savarez. Some people think they sound less bright and feel different than unpolished strings, but this varies from brand to brand, so you’ll have to judge yourself. 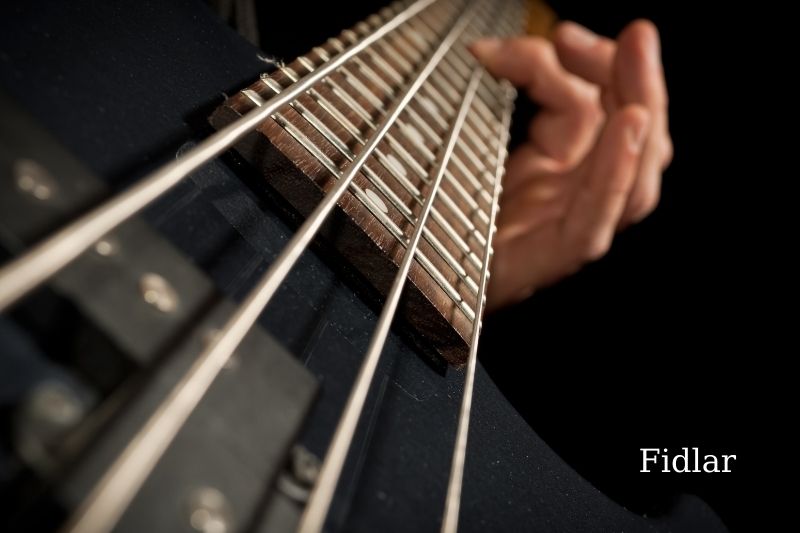 Strings With A High Or Low Tension?

The added tension may also cause a neck bow, which impairs the motion and intonation of the guitar. I wouldn’t advocate changing strings before recording unless you’ve been playing with high tension strings up to this point.

Buzzes, Vibrations, and Unwanted Noises Can Be Fixed

Additional noises from your guitar, such as rattles or undesirable vibrations, should be handled, or they will show up on your recordings.

Here’s a primer to why acoustic guitars sound so horrible. Although this is primarily designed for steel-string acoustic guitars, most of the information also applies to classical guitars.

Because we most commonly identify classical guitar with big venues such as churches, auditoriums, and concert halls with plenty of natural reverb, the acoustic features of the place you’re recording in are more important for the classical guitar than for the steel-string guitar.

We attempt to mimic the vast atmosphere of a large room while recording at home. Therefore one of your first considerations should be to record in a large-sounding environment, such as an open space with high ceilings.

If you don’t have this option, try recording a dry guitar track and adding ambiance and reverb during mixing to remove the room’s impact. 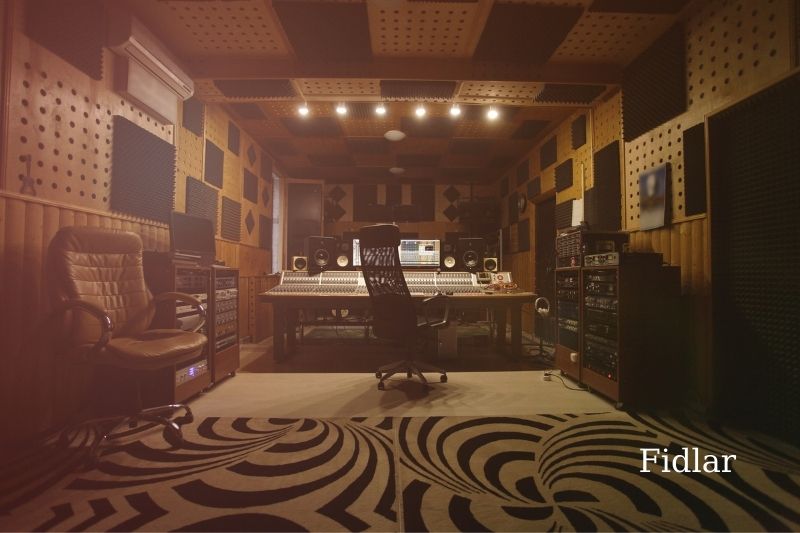 The acoustic quality of the room you’re recording in terms of sound reflection and absorption is referred to as acoustic treatment.

This means that the environment will significantly impact the sound being captured than we might expect when recording electric guitars, for example.

The microphone or microphones you use to record and mic positioning are two areas where you should put a lot of effort.

That isn’t to mean that you need to invest in high-end mics.

A microphone that costs twice as much as an excellent mid-range mic is unlikely to be twice as good, and it would be considered overkill in a home recording scenario. Avoid cheap, however. Cheap microphones give recordings a ‘cheap’ tone.

Should you use a microphone when recording? If you don’t have a microphone, you might use the pickup system on their guitar instead (provided you have one). A microphone is almost always a better choice for classical guitar since it produces a deeper, richer sound, but it depends on how the microphone compares to the guitar pickup.

You can also use two inputs from your audio interface to record both the microphone and your pickup system, then blend them while mixing.

Let’s go over a quick rundown of the essential features of a decent classical guitar microphone:

Flat/extended frequency response: To authentically capture the sound of a classical guitar, choose a microphone with flat frequency response. Having prolonged high-end helps to catch the air and character of the guitar and environment, even though the harmonic content of guitar strings isn’t very strong in the high frequencies.

Microphones with extended frequency responses can record sound in a way that is akin to how humans hear the guitar naturally.

When recording stringed instruments, a robust transient response is always preferred. The transients of nylon string harmonics contain much information, and numerous strings are frequently played in rapid succession.

Low self-noise: For miking classical guitars, condenser mics are frequently the best option. Because these mics are active, they produce self-noise. Using a quiet active microphone to record a classical guitar performance will help capture the subtle subtleties in the sound.

How To Record Classical Guitar At Home

This may seem self-evident, but the value of being well-prepared cannot be emphasized.

Concentrate on the more challenging components of the performance, keeping in mind that a chain is only as strong as its weakest link. If you play 99 percent of the piece, your recording will suffer without stumbling over the remaining bits.

Make sure your instrument is in tune, then double-check it. Ensure that the guitar’s tune is maintained during the recording session.

Before you start recording, make sure you’re comfy. You might be expected to remain in the same posture for an extended period.

To avoid the sound of the guitar making touch with anything other than your fingers (a typical home recording mistake), sit on a stool with no armrests and minimize tension in your body that will soon transfer to the instrument.

Dynamic performances are essential to great performances. When playing a softer, gentler segment, the louder you play one section, the greater the immediate dynamic impact on the listener. Consider how you might emphasize the performance part of your playing.

Concentrate On Being Musical

Keep your mind that you’re playing music, not scales. You may hear music as a guitarist does, and your peers may as well, but the general audience is less struck by technical ability than memorable music. Prioritize melody above technical details.

You’ll need to mix the finished piece in your DAW and export the sound file if you’re happy with your captured performance.

Remember that the classical guitar sounds best when it is played naturally. It doesn’t imply you should use all of your effects and tools just because you have them. Very little mixing should be required if you focus on capturing an excellent performance using the aforementioned methods.

For example, if you could only record in a tiny setting, you may want to add reverb to perform a more natural sound.

If the recorded sound is expansive, you might want to concentrate on eq and reducing frequencies that you believe detract from the recording.

If there is a lot of fret noise coming from your left hand (if you play right-handed guitar), you might want to cut it out totally.

Did you use two mics to record? You’ll want to combine these properly and use panning to add to the effect.

Guitar mixing is a tricky business. 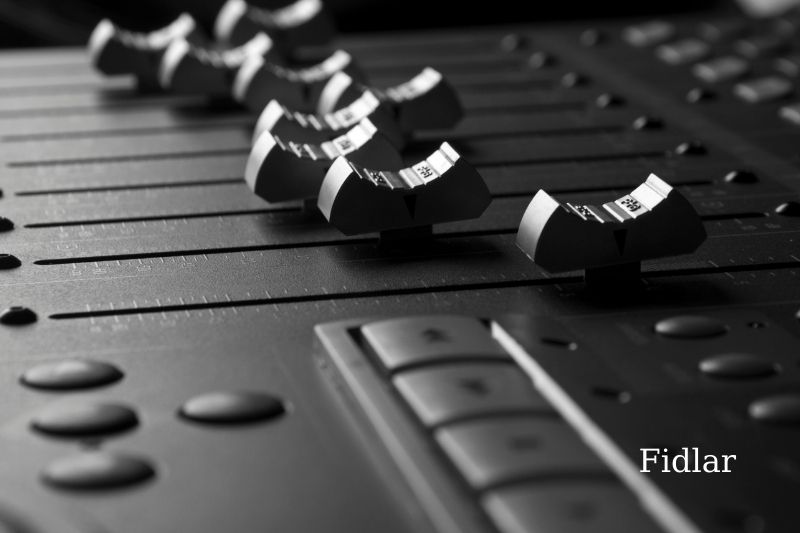 If you’ve worked with classical guitars before, you might think that isolating the frequencies and canceling them with EQ is the best technique to eliminate this performance component. The problem with this is that changing one thing can have unintended implications in other recording areas.

While you can use EQ to eliminate fret noise, it is usually more effective to remove it by directly altering the track’s sound wave.

Remember that fret hand noise comes between notes, not during them, thus, these can be corrected if you have the patience to edit them out or shorten their duration manually.

Otherwise, accept fret hand noise as a natural feature of the classical guitar and leave well enough alone, as many classical guitarists have done over the years, or experiment with coated strings when your next record.

Many people think of equalization as something to add to a recording, but in many cases, the frequencies you take away make the biggest effect. As a result, your ears are the most critical instrument you have at your disposal.

Is the performance clear and concise?

If not, try raising the upper frequencies and listening again to see if it clears things up.

Do the lowest, middle, or upper ranges appear to be overpowering?

If this is the case, apply EQ to correct the imbalance.

Is the guitar a little too boomy?

If that’s the case, consider deleting some of the middles.

Step away from the computer or mixing station and leave well enough alone if you are not hearing portions of the recording that are troubling your ears. 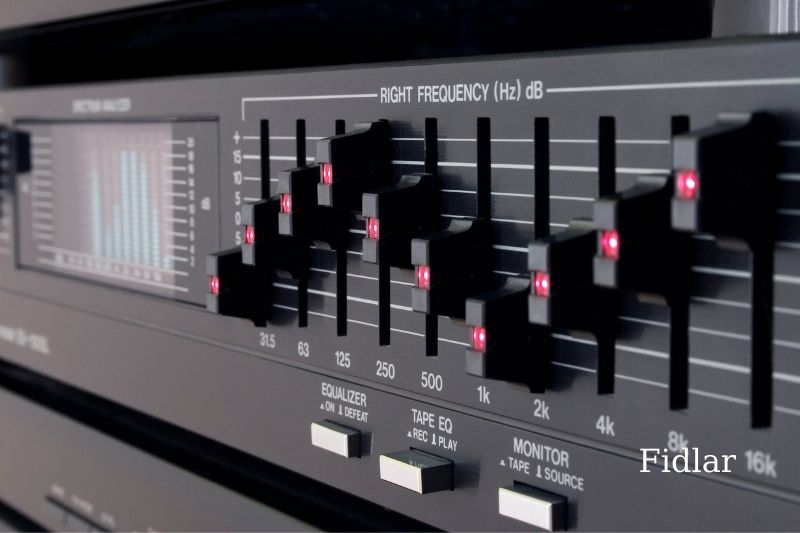 You wouldn’t be the first to exaggerate the reverb when mixing if you’re new to home recording. Adding a lot of reverb, on the other hand, tends to do the reverse of what it’s supposed to do and makes a recording sound artificial.

Most reverbs come with presets, such as medium room, long hall, etc. I’d recommend trying out a few of these and noting how natural they sound. If the room you recorded in has enough natural reverb, remember that less is always more when it comes to reverb and classical guitars.

The material presented above aims to assist the classical guitarist who has limited experience in recording at home in improving the quality of their recordings by using the fundamental components of a home recording studio. Fidlar hope you found this article beneficial, and let us know if you have any questions in the comment section below.